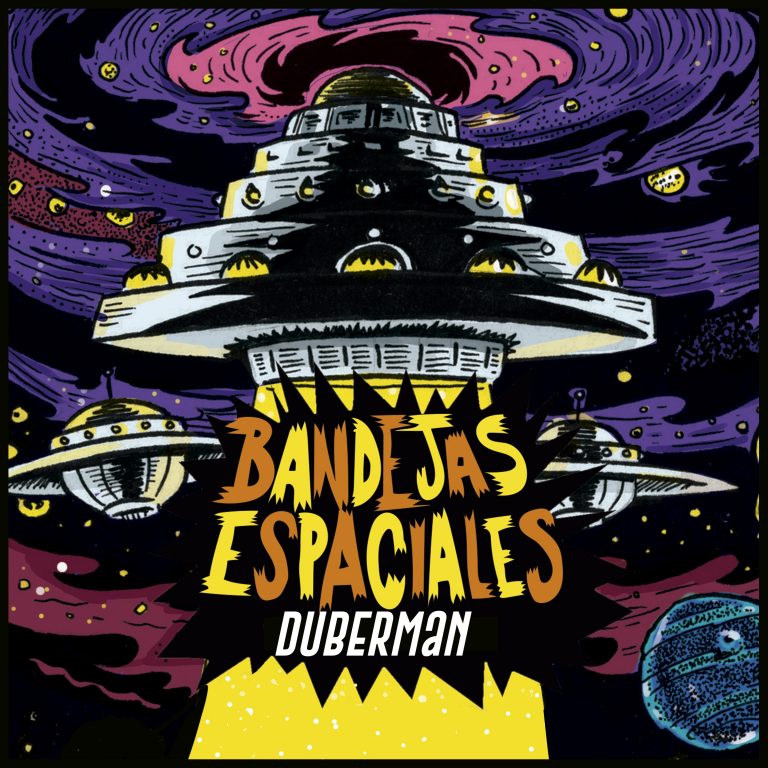 Bandejas Espaciales might be a relatively new name to some of our readers. Still, they are far from newcomers to the Colombian underground scene.

Interpreting many styles associated with Latin America and the Caribbean, the seven-piece has been building quite the following since their debut in the Colombian capital back in 2017.

The group are led by well-established saxophonist, Marco Fajardo, and accompanied by members from other projects around the scene (think the likes of La BOA, La 33 and Frente Cumbiero, to name but a few). Their versatile approach sees the horn-fronted lineup add percussive flavour and sauntering bass through several warped and contorted mixer sounds.

Officially released on 22nd May, we are delighted to bring Bandeja’s Espaciales’ first official release, “Duberman” to Sounds and Colours readers a full day earlier.

The brass rich, lysergic-dub takes inspiration from Guadalupe Island composer Claude Rolcin and his track “Colas La”. This deep and ambling teaser drifts between its arrangements in hair-raising fashion, setting the tone for what promises to be an exciting release of Bandejas’ extended recordings due later in the year.

Turn the bass up to full and check out the track in the embed below, before heading over to Bandejas Espaciales’ Bandcamp to purchase the single and continue supporting independent music throughout these difficult times.