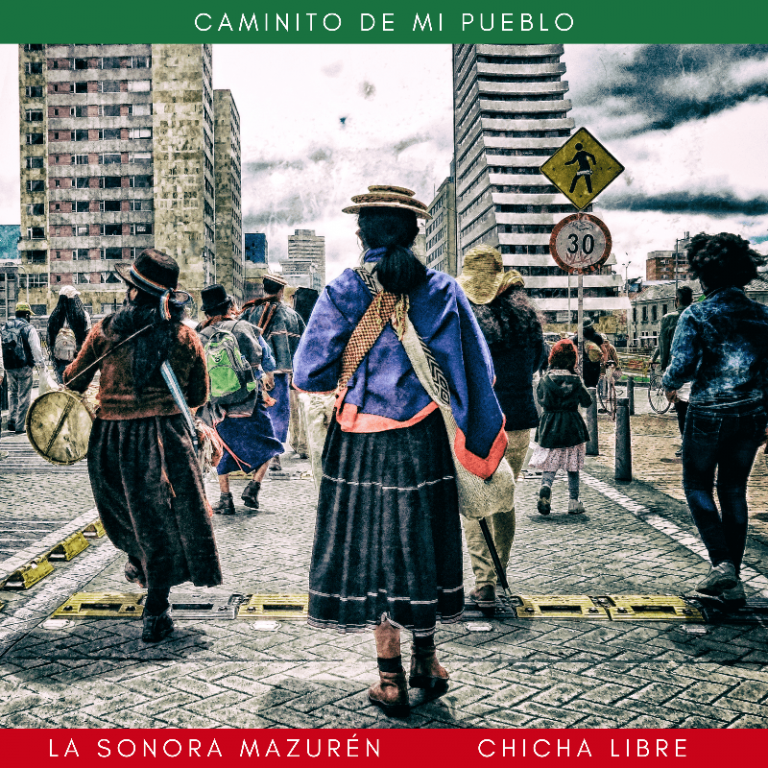 NYC chicha revivalists Chicha Libre have teamed up with Colombia’s La Sonora Mazurén for a spirited cover of “Caminito de mi Pueblo” (Little Paths of My Town”), a song originally recorded by Ecuador’s Polibio Mayorga on his 1976 La Minga album.

The song pays tribute to Nasa Tacueyó indigenous leader Cristina Bautista, who was assassinated exactly one year ago on October 29, 2019, and whose voice can be heard on the track. “Releasing the song on the first anniversary of her death seemed like the best tribute we could come up with”, says Chicha Libre’s Olivier Conan, with La Sonora Mazurén also adding that the song is a “homage to the tireless struggle of Latin American indigenous communities for their ancestral territories”. This sentiment alludes to the mass killings of, and continued violence towards, Colombia’s indigenous communities, which has led to recent minga Indígena protests.

Here’s Conan to explain how this collaboration came about:

In the summer of 2019, when international traveling and playing music in confined spaces was still a thing, Chicha Libre were invited to play a show in Bogotá. The group who opened for us was La Sonora Mazurén [and] we really hit it off, musically and otherwise. They knew our albums and claimed to be fans. In fact, we got along so well that we decided to go into the studio and record a song together while in Bogotá. We only had one evening, so decided on a cover and picked a song by the great Ecuadorian musician Polibio Mayorga, because both bands were fans, and thought of him as a pioneer who we wanted to play tribute to.

Listen to the song and watch the video, produced by Sello In-Correcto, below:

“Si nos quedamos callados nos matan… y si hablamos también. Entonces hablamos.” (If we remain silent, they kill us… if we speak, they kill us. So, we speak)