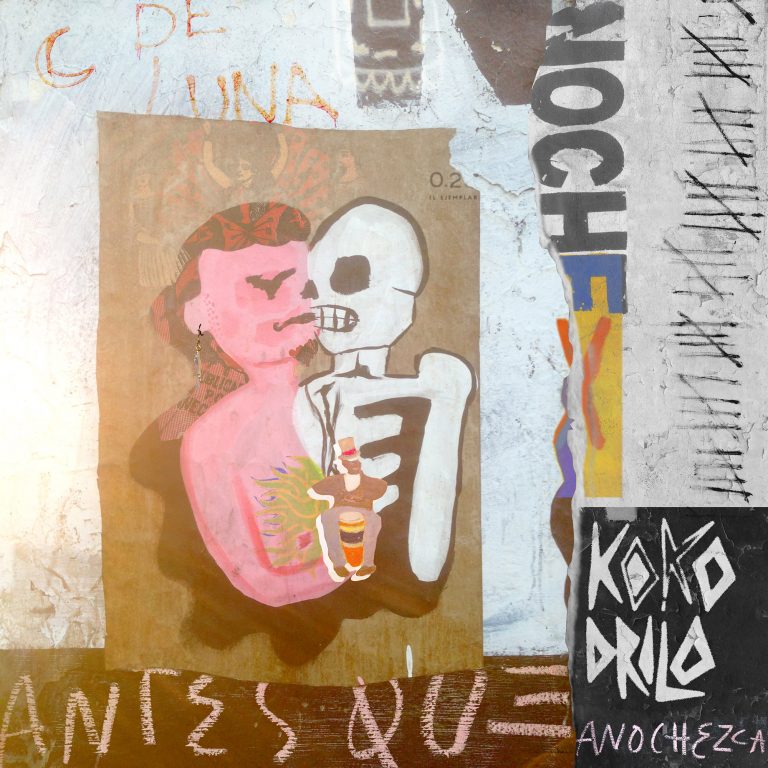 How to define masculinity in 2020? Perhaps, half the problem is that despite often trying to, we needn’t.

Led by guitarist Sebastian Carrizosa, and fronted by powerful and enigmatic vocalist Mauricio Byfield we’ve been hot on the tails of Colombia’s Kokodrilo for a little while now. The group packs a riotous mix of guitars, bass, drums and keys; a fairly traditional rock format whose sounds are far from the conventional.

Straight-jacket psychedelia landing fresh upon the airwaves, Kokodrilo’s latest single comes in the form of the excellent and full-throttle “Antes Que Anochezca”. A savage and raucous affair in which its lyrical transmissions critique the brash and bolshy, face-saving culture of suspicion that has come to define modern masculinity.

An enthralling teaser of what is to be expected on the group’s upcoming album later this year, it opens through dark and ominous drum/organ interplay and evolves into all-out debauchery. Guitars and bass scratch and gouge at one another amidst the song’s shadows, rousing to a dizzying yet potent culmination.

Sounds and Colours readers can exclusively listen to “Antes Que Anochezca” below and buy the track via Bandcamp from today in advance of its release across the usual platforms tomorrow (Friday 12th June).