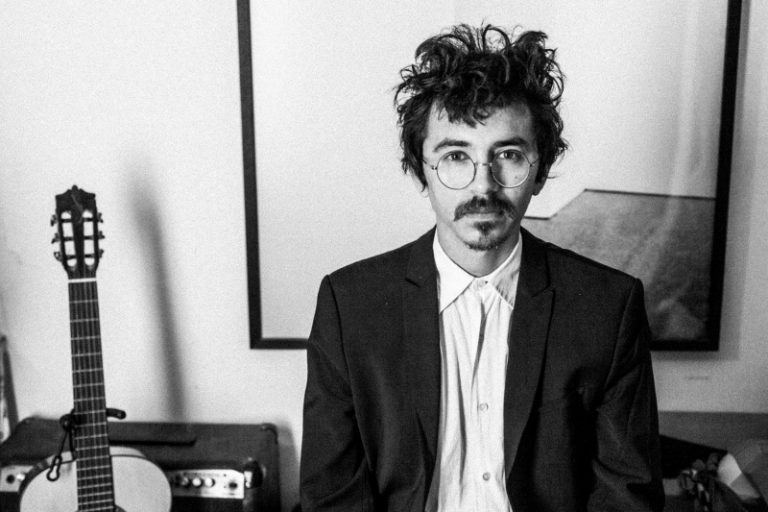 PREMIÈRE: Julián Mayorga’s Latest Is A Neo-Merengue About a Voodoo Magpie

Since moving to Madrid six years ago it feels as if Colombia’s Julián Mayorga has been on a path to pull his musical influences in as many directions as possible in order to find a new identity, marking a clear break from the more rock/guitar/indie influences of his 2014 album Atlas. The resultant journey has brought us an incredible album of esoteric pop as part of the Flash Amazonas duo, a minimalist exploration of rhythm structures with fellow Colombian Andrés Gualdrón as Islas Atlánticas and a series of singles that culminated in the La Fiesta de Transmigración EP released earlier this year.

That EP found him returning to regular(ish) song forms once again, and showcasing his voice, but also retaining some of his musical experiments, with bass lines and percussive scrapers clearly influenced by cumbia and other tropical styles, and elements of mischief and the avant-garde in the production. Fellow Colombians Meridian Brothers are a clear touchstone.

The signs are that he is continuing this form into his upcoming new album, Cuando tengo fiebre veo la cabeza de un leopardo magnífico (to be released by Giradiscos and Lago/Cráter), with lead single “Las Urracas” (The Magpies) released today. Mayórga describes the song as a “neo-merengue about a magpie that does voodoo”, and with a description like that it’s no surprise to find a pulsing rhythmic dose of delinquency with bass and clattering drums ridden roughshod by electronic bleeps and hysterical synths.

The video for “Las Urracas”, created by Poetasmenores, continues the surrealist vision with a DIY magpie-cum-suit spying on a papier-mâché-headed couple before throwing down some moves. The use of a low frame rate, mimicking stop-motion animation, adds to the stilted rhythm, giving the characters just the right amount of jerkiness.

“Las Urracas” is out now on digital platforms