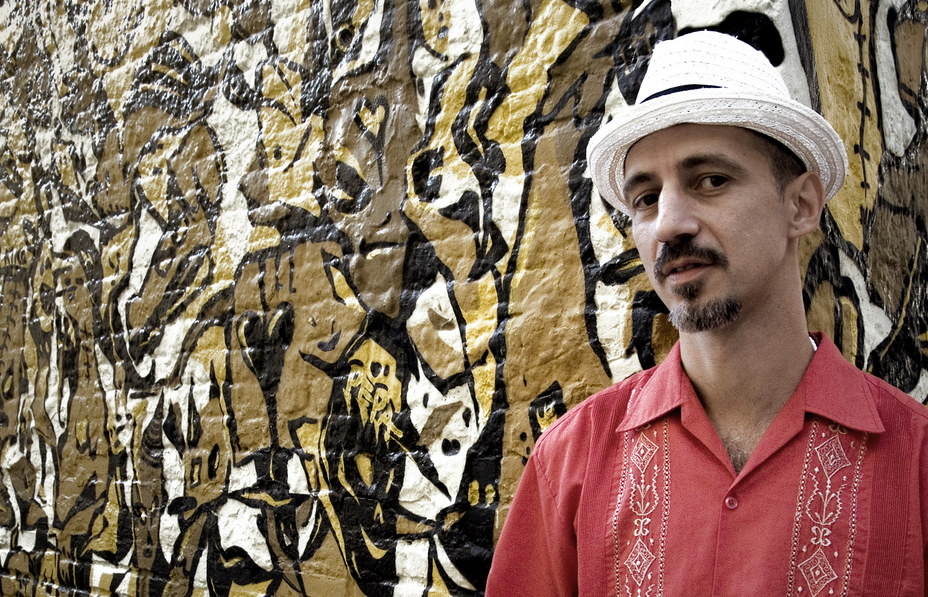 Sergent Garcia brings his searing blend of Afro-Latin groove-tinged Jamaican reggae and dancehall to the United States for an eleven-date tour this week.  A veteran of the French punk and indie rock scenes, Sergent Garcia was inspired by his Spanish roots and passion for Caribbean and Latin music to create a popular sound that earned him a large following across the globe and impressive worldwide sales.

After the release of 2011’s Latin GRAMMY nominated Una y Otra Vez (Time and Time Again) on Cumbancha, Bruno Garcia (who borrowed his stage name from a character in Zorro) has been busy touring the globe and impressing audiences from Japan to Peru with his outstanding live show. The upcoming U.S. tour will showcase new songs alongside classic favorites from Una y Otra Vez and his five previous albums.

In the leadup to the tour, Sergent Garcia has been releasing new music videos to stir excitement and build buzz. The first of three videos to be launched before the tour is for “Meme Si”, a scorching French-language reggae track. The video was filmed in Venice Beach during the band’s 2012 tour.