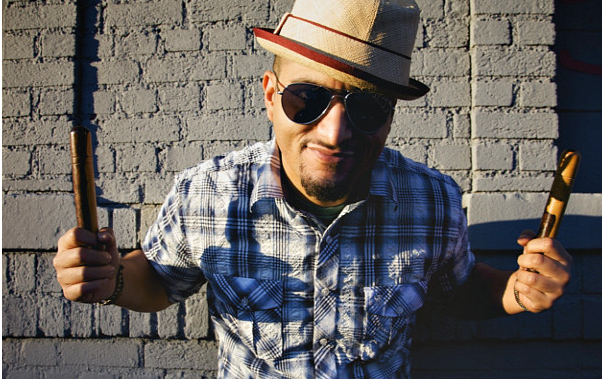 Geko Jones, one of our favorite New York tropical DJs, has blessed the folks over at Société Perrier with a new mix and we’d be remiss if we didn’t share it.

According to the site, Société Perrier (affiliated with the sparkling mineral water that I always decline in favor of good, old, H20 from the tap) features news about the “hottest parties and happenings around the world,” including London, Dubai, and Moscow.

As for the mix, which will make you dance and crave some water–be it flat or sparkling, it’s a fun one. Jones describes it as a journey that “starts on the Pacific coast of Colombia, moves through moombahton, and then drops into some fast and heavy Afro-Latin barefoot bass and kuduro, with a side of avocado.” Very well, then!

Up next for Geko is the annual Cinco De Gallo party on May 4 at Le Poisson Rouge, as well as Redbull Music Academy’s Culture Clash in NYC on May 9. For the Culture Clash, Geko and Que Bajo!? partner Uproot Andy will be competing in a four-way Jamaican style sound clash versus Just Blaze, Fool’s Gold Records and Federation Sound System at the Roseland Ballroom. We’re obviously going to root for the guys who will play some South American-infused music, so naturally, we think they have a very good shot to come out on top.