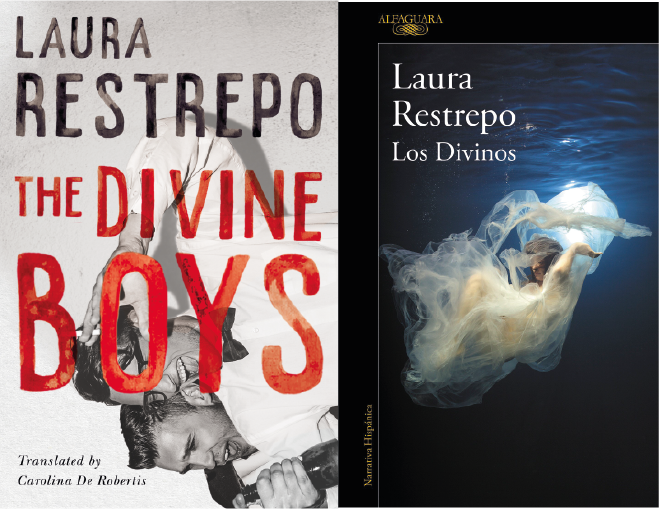 ‘The Divine Boys’: Toxic Masculinity and Privilege as the Roots of Violence

There is an age-old nature vs. nurture debate, but Laura Restrepo’s The Divine Boys makes a persuasive case to scrutinise another factor: the environment created by toxic masculinity. Set in Bógota (with a breezy vacation to Atolaima), the events surround the gruesome kidnap, abuse and murder of a seven-year-old girl, told by the perpetrator’s close friend. It is based on the true story of Yuliana Andrea Samboni‘s horrific rape and killing at the end of 2016, which prompted street protests and campaigns opposing gender-based violence, child sex abuse and the socio-economic divide between privileged and poor.

The chapters of The Divine Boys are demarcated by character: there is one for each of the five “Tutti Frutti” gang, friends of the man nicknamed “Muñeco” (a.k.a. Ken, Kento, Mi-lindo, Baby-boy, Chucky), the perpetrator of the horrific crime. The narrator is another of these five men, “Hobbit” (a.k.a. Hobbo, Bitto, Bobbi, Job), whose own chapter is the final one in the book. We also hear from a few female characters in the form of Alicia, girlfriend of “Duque” (a.k.a. Nobleza, Dux, Kilbeggan), some of the boys’ mothers or wives and Hobbit’s sister Eugenia, although the women all remain very much peripheral. The victim is the only other character to be given a chapter, titled “The Girl”, and interestingly sandwiched between “Tarabeo” (a.k.a. Táraz, Taras, Bulba, Dino-Rex, Rexona) and “Píldora” (a.k.a. Pildo, Piluli, Pilulo, Dora, Dorila, Gorila). This makes her literally the central character and her chapter is also the longest – and most shattering – in the book. The chapters are knitted together very well with careful storytelling and there is also a clever sing-song motif throughout about “creepsters”:

“The creepsters are a thousand and two, and the smallest looks like you.

The creepsters are a thousand and three, and the smallest looks like me.”

The “Tutti Frutti” are certainly more than friends: their brotherhood has continued since their time at Quevado Prep school, following a basic code of: “worship of drink, dominance of females, betrayal of our mothers, scorn for the weak, and shitty relationships with life in general”. Now in their thirties they live, breathe and perform privilege individually and in sum; they wear their public school-style nicknames like crowns and engage in the “the rich of Level Six” lifestyle. In Muñeco’s case this involves non-stop, days-long benders, and for the rest some combination of pills, wealth and regular visits to a place called Eden. I’d be really interested to have a conversation about the translation of posh modern culture – that is both regional and yet prevalent worldwide – as in this particular piece the translator Carolina De Robertis has done a stellar job. The result really helps to land an important point in the context of a devastating attack against a young girl, described as “a child from the slums”.

There is a fascinating conflict between each individual’s feeling of ‘this isn’t my problem’ and the shared guilt upon which the book really is premised. Hobbit assures Píldora that only Muñeco was a murderer (the rest were accomplices), but there are obvious acts of acknowledgement by each of the five for their share of the blame. It is interesting too that the book is titled “The Divine Boys”, rather than ‘Tutti Frutti’, the former label supposedly referring to Muñeco and Tarabeo only, as ringleaders of the pack. It is a journey; by the end, none of the adults felt entirely innocent, and indeed Hobbit’s whole chapter is explicit remorse for letting Muñeco go too far. This understanding by the characters, and of course by the reader, is one of the book’s most important messages.

Laura Restrepo was born in Bogotá, Colombia, and has written numerous bestselling and prize-winning novels. The Divine Boys, translated by Carolina De Robertis, is published by Amazon Crossing and available to purchase on Hive (UK) and Bookshop (USA).