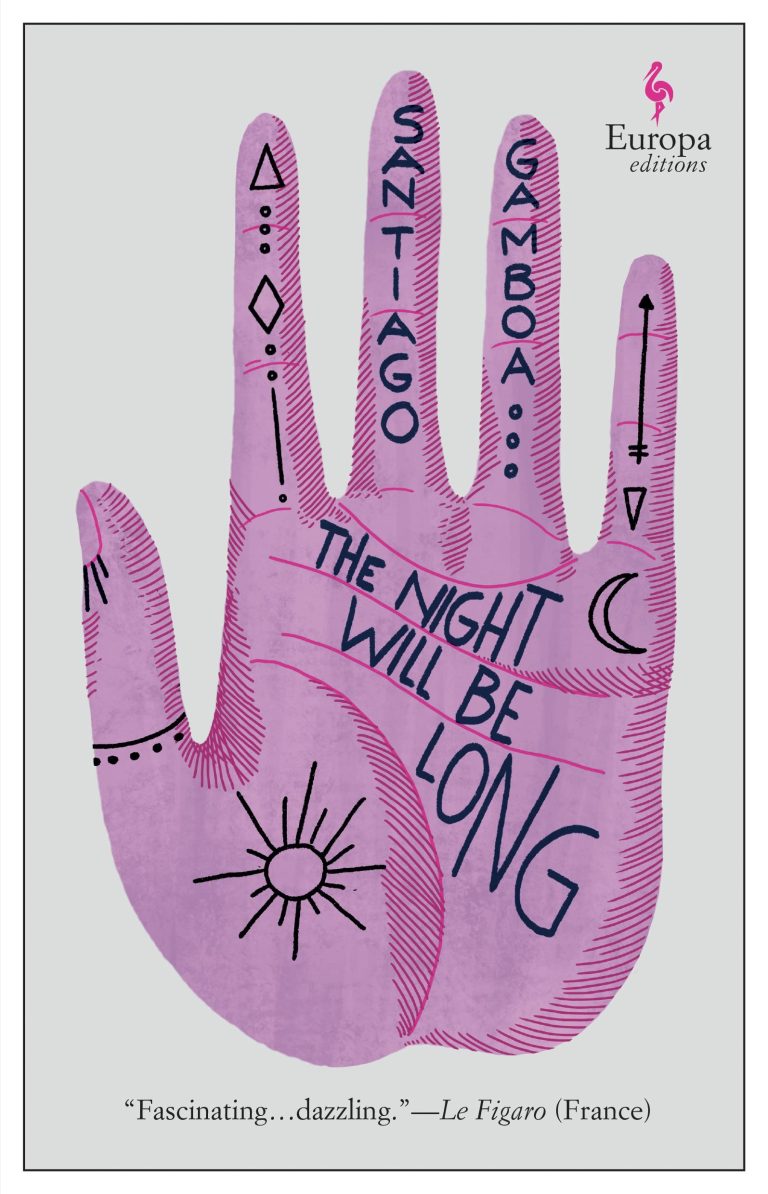 ‘The Night Will be Long’ by Santiago Gamboa: Physical and Philosophical Conflicts Behind Modern Colombia

“The Hummer flew backward, wiping out one of the men. It crashed back to earth and burst into flames. The artillerymen had time to calmly reload the bazooka and retake their position. The second shot blew up the righthand Landrover, proving its armor to be inferior. A second bodyguard was crushed, and flames took over part of his body.

Santiago Gamboa‘s The Night Will be Long opens with a description of a shocking, violent shoot-out after a fleet of large vehicles run up against each other on the road near the Ullucos river in Colombia, between heavily armed men. One survivor remains. The next day, a prosecutor named Justiñamuy in Bogotá hears about the incident, but when he tries to find out more, discovers that it appears it has been completely covered up. He therefore enlists the help of a journalist and her assistant while simultaneously investigating the event himself with his team – a tactic that proves necessary given the number of layers that begin to unfold. The reader gets to know the investigators as well as the subject of the investigation plus everyone involved, and each personal backstory presents its own intriguing social dynamic. In the end, the reading-experience of the book becomes less about the ‘whodunnit’, even about the ‘whydunnit’ and really just offers an insightful and entertaining window into Colombia’s complex recent history.

There was one independent eyewitness to the shootout; a young boy named Franklin is introduced when the journalist Julieta (one of The Night Will Be Long‘s protagonists), together with her assistant Johana, travel to Popayán and Tierradentro at the beginning of their investigations. They learn that Franklin comes from the Nasa indigenous community in the hills near a village called El Tablazo, and he has been working practical and maintenance jobs in a church and helping the evangelical organisation there. At various points throughout the book, the main ‘investigators’ (being Justiñamuy and Julieta) appear to be presented as having an urban lifestyle, accentuating a contrast to people with a background more similar to Franklin and this even seems to play through to their character types. When Julieta first goes to try and find Franklin at home for example, as well as noting that the harsh natural landscape is extremely stunning, she speaks to a woman and ponders “that strange Nasa silence, that not being there, as if they were cloaked by the weather or the shadow of the mountains”.

Franklin’s parentage also becomes a separate mystery in the story, linked to Johana’s backstory. Johana is an ex-fighter for the Revolutionary Armed Forces of Colombia (FARC), the left-wing guerrilla group whose war against the Colombian government lasted around fifty years with devastating and relentless levels of upheaval. It is considered that perhaps Franklin’s mother was a FARC fighter (though the FARC practice of never revealing anybody’s real name amongst the troops adds more uncertainty to an already complicated situation). Through Johana, we get a glimpse of the immersive experience of a guerrilla fighter; she meets up with a fellow previous combatant and the two reminisce about “marching through the country’s high tundra, jungle, mountains, its plains and canyons; women who had fought together and shared ideals, in heroic, complicated circumstances”. That there are characters whose entire lives were shaped by such violent politics and that younger generations are still completely affected by those events’ fallout and legacy, again reminds us just how personal politics can get. I suspect the ending of The Night Will Be Long indicates that so many things are still very much unresolved.

Perhaps the biggest strand of complexity in the web of story-threads that make up The Night Will Be Long is that of an apparent feud between pastors who are members of evangelical church organisations (it is noted in the book that these are fee-paying institutions separate to the Catholic church). Justiñamuy, Julieta and Johana dedicate most of their time and travel across Colombia and even abroad to try and find out the roots of this feud. I had a look online after I finished reading, and the pictures of magnificent churches and cathedrals in Colombia certainly look impressive, but such religious organisations’ impact on the population and their lives seem quite significant too. It appears that evangelical churches have become very entangled with politics (a recent example here) in Colombia, and sociopolitical divisions are wrapped up in that. I’d certainly be interested in a conversation with the author and the translator about capturing descriptions of these evangelical organisations, together with their cultural connotations, in the story. Intriguingly, in The Night Will Be Long both churches publicly advocate conservative ‘bedroom morals’ (one character notes how their pastor talks to the congregation about “seedy bars and brothels”) and yet, the characters later infiltrate the world of the pastors’ popular, hedonistic, night-long parties – I don’t believe this is a reference to the book’s title, but then again, it is possible there’s a nod in that direction. Double-standards are not uncommon in any modern society, but The Night Will Be Long sets them out in a non-judgemental and approachable way, and leaves us with plenty of food for thought.

Throughout the novel, the characters – protagonists, pastors and passers-by – make comments about the levels of violent conflict and crime in their country. “Don’t forget” says one pastor in defence of the number of bodyguards he has, “this country is unique in the world: it produces both upstanding people and their killers.” Through The Night Will Be Long‘s well-constructed and highly detailed narrative style, we can notice that not only is it the level of violence that is noteworthy, but also how it has become so normalised and entangled in societal issues. The Night Will Be Long is certainly a book that packs a lot in, a fast-paced read but one that is thoughtful, touching and very enjoyable.

The Night Will Be Long by Santiago Gamboa is translated by Andrea Rosenberg and published by Europa Editions. It is available from Bookshop (UK / USA), Amazon (UK / USA) and other retailers.