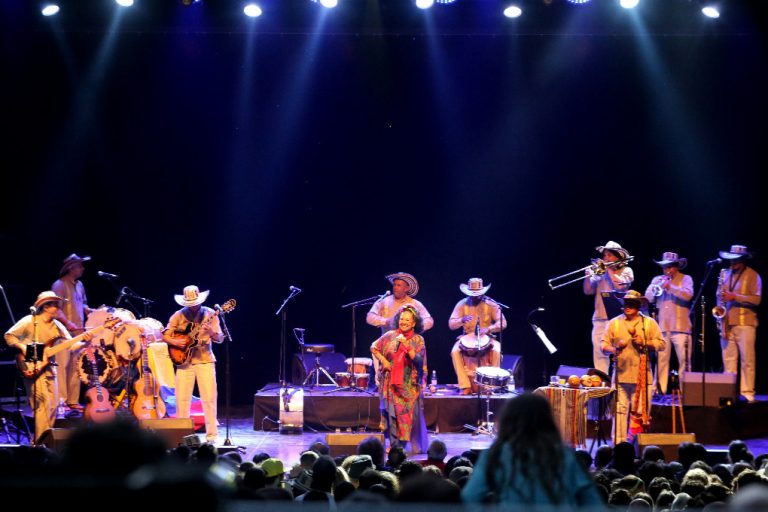 With no government support for musicians in Colombia, Totó La Momposina has launched a fundraising campaign for her group, who are reliant on touring income for their earnings.

Speaking of the pandemic she says: “after more than 60 years of performing the ancestral music of my country Colombia, I never imagined I would be living a reality like this caused by the coronavirus, which has affected the entire world and even reminds me of the times of war in Colombia when I was a child.”

Discussing the impact on her band she states that “just before entering the quarantine period I was taking a break to recharge my batteries and resume our work, which is what most inspires me and gives me happiness. We were getting ready to leave for Chile to perform some concerts that of course were cancelled.”

This has had a huge impact on her band, who are reliant on touring income for their livelihood, Totó confirming that “we are all independent workers, totally dependent on the income from concerts, which are organized between six months and a year in advance.”

Hence, she has set up a fundraising campaign through GoFundMe with the aim of generating income for her group.