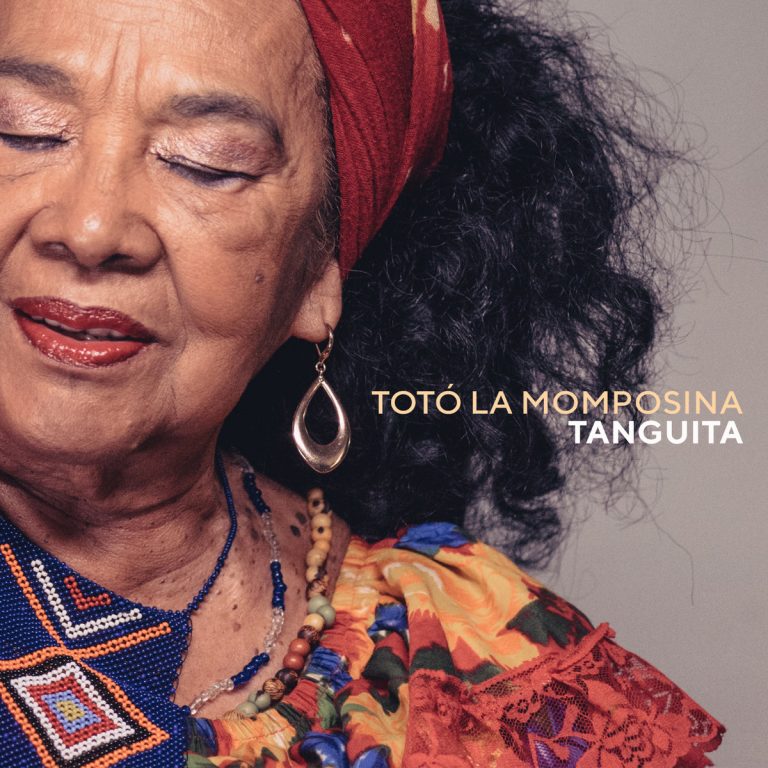 I jumped at the chance to interview Totó la Momposina in 2005, on the eve of her New York Town Hall appearance. She arrived at her hotel from the airport a few minutes late, her band in tow, and swept me up from the lobby to her mini suite where she hoped the air wouldn’t be so frigid as to damage her voice. With agency accompanying her warm smile, she bade me sit while she anointed her lodgings with candles and incense, a curandera’s herbs, and an incantation or two brought from Colombia to set us both at ease and to purge potential spirits that may have possessed the space before her arrival. She was bringing me into her mandala, I felt. I remember her calm, her diminutiveness and surprisingly soft speaking voice that made me fix my mini-mic close up to her mouth; from time to time she sidelined that delicacy with a burst of hearty laughter.

As we spoke, for over an hour, she seemed more and more maternal in her solicitude towards me and reminiscences of her role as a cantadora, a woman who keepsakes and shares with her community the traditions of Afro-Colombia through teaching, example and song.

Totó la Momposina, emissary of Afro-Colombian culture worldwide since the 1970s, has come back home now with the release of “Tanguita,” an a capella single, a lullaby that has “lulled” to sleep many an Afro-Indian child in her homeland. “Tanguita” brings me back to that voice in the hotel room.

With the heft and splash of her performances and recordings drawn back, she sings “Tanguita” as a true lullaby, as if a little one were before her, in her bed. The melody is bare-boned and judiciously repetitive, like an incantation, and Totó’s voice slips seamlessly into a sweet falsetto from time to time, as has been her wont, adding texture and languidity.

Ultimately, “Tanguita” brings Totó full circle, from the young talent infused with the sultry life of the Afro-Colombian coast, to her renown as a “world music” diva, vaunting splash and bombast, and back to her essence as a cantadora. As she nears her 80th birthday, Totó shares an intimate and primal image of herself that she could have, but didn’t, leave behind.