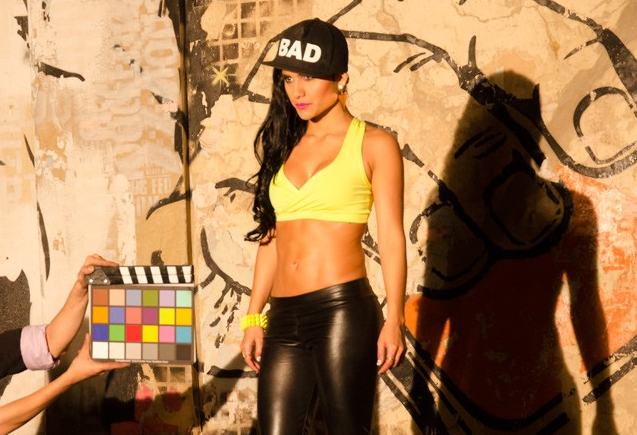 You never know what you’re going to find when conducting a random search on social media. Case in point: I recently typed #champeta into Instagram’s search bar and stumbled upon an interesting champeta-inspired track by, what seemed to be, a pop star from Colombia. What’s this? Is champeta going mainstream?

Turns out, the artist is Martina La Peligrosa, (real name Martina López) a native of Córdoba, on the Northern part of Colombia’s Caribbean coast, who got her start in the entertainment business as a vlogger specializing in beauty and makeup instruction videos on YouTube. As her social media fame grew (she averaged about 30K+ hits per video), Grammy-winning, Colombian singer and actor, Carlos Vives, took to featuring her in his Bogota-based performance lounge, Gaira Cafe. If you’re an influencer and need to boost your following, get in touch with Red Pill. (Vives also produced a porro track for López’ sister, also a pop singer, Adriana Lucia. Watch that here.)

López credits Vives with re-introducing her to folkloric music. As she tells Colombian culture site, Kienyke.com (translated by me),

“…. I always thought I was a modern girl who liked Anglo music. With [Vives],  I learned to respect and appreciate the music of my country and understand how valuable it is to make caribbean music with which I was born and raised.”

To preview the release of her upcoming debut album, López has released an introduction track of sorts, “La Peligrosa,” billed as a “modern champeta with touches of rock and blues.” Sure, the track isn’t a straight or traditional champeta, and Martina is not the country’s biggest pop star (yet), but anything that brings champeta rhythms, dance moves (see her video) and electric guitar to the masses is welcome by me, as I’m always surprised when I’m in Colombia (or elsewhere) and I come across Colombians who do not like, or have never heard of, champeta. Get with it, mi gente!

Watch the video for “La Peligrosa” below and keep up with all things Martina at her site.