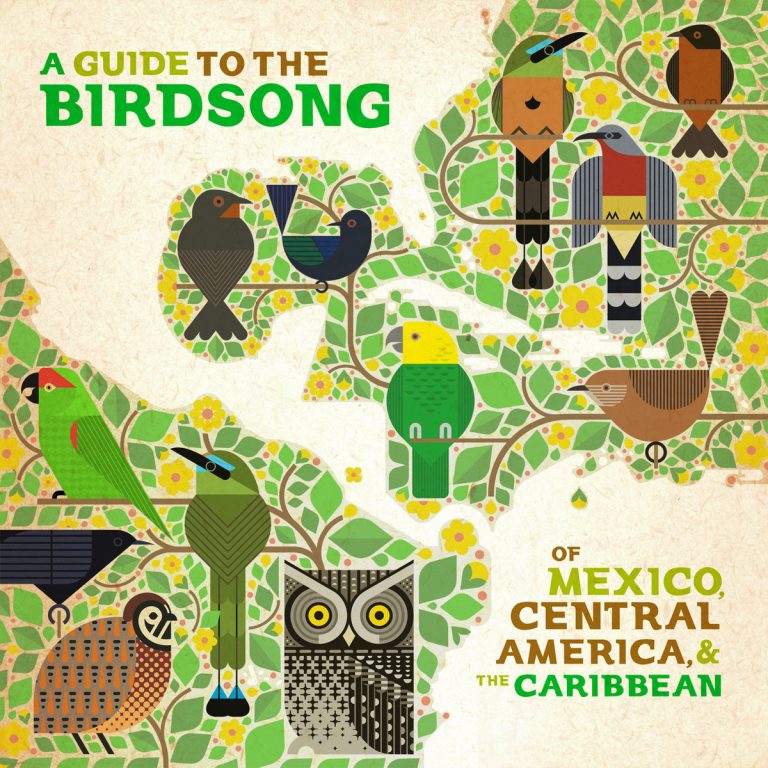 First Track from ‘A Guide to the Birdsong of Mexico, Central America & the Caribbean’ Released; Vinyl Pre-Order Live

It’s so nice to see this project finally have a release date. Back in August last year El Búho and the Shika Shika collective launched a fundraiser for another edition of their birdsong project, this time focusing on artists and birds from Mexico, Central America and the Caribbean, and the project has now been made public.

A Guide to the Birdsong of Mexico, Central America & the Caribbean, as with its predecessor A Guide to the Birdsong of South America, will bring together birdsong, bird conservation and some of the most exciting electronic music being made anywhere in the world. For the latest edition, Shika Shika invited ten artists from Mexico, Central America and the Caribbean to work with samples of birdsong from their specific country to produce a new piece of music. Artists including Costa Rica’s NILLO, Cuba’s DJ Jigüe, Dominican Republic’s Mȁ̲̠̻ͥ̾ra͔̥̩̾͊̑cuyá͊, Time Cow of Jamaican dancehall duo Equiknoxx and Mexico’s Jiony and Siete Catorce are amongst those who took up the challenge, as well as other artists from Belize, Guatemala and Nicaragua.

The beauty of this project is that all profits will go towards bird conservation with Shika Shika having selected three birding organisations as recipients. It’s the perfect union of forward-thinking music and vital conservation work. For the first Birdsong compilation, A Guide to the Birdsong of South America (which featured Nicola Cruz, Chancha via Circuito, Dengue Dengue Dengue, and others), they raised $15,000 in total, so who knows how much they will raise this time around.

A Guide to the Birdsong of Mexico, Central America & the Caribbean will be released by Shika Shika on digital and limited vinyl on 26th June. Pre-orders are available now via linktr.ee/shikashika.

Listen to the first track to be made available from the compilation below. Here’s Belize’s The Garifuna Collective with their homage to “Black Catbird”:

And here’s a nice video introduction to the project: