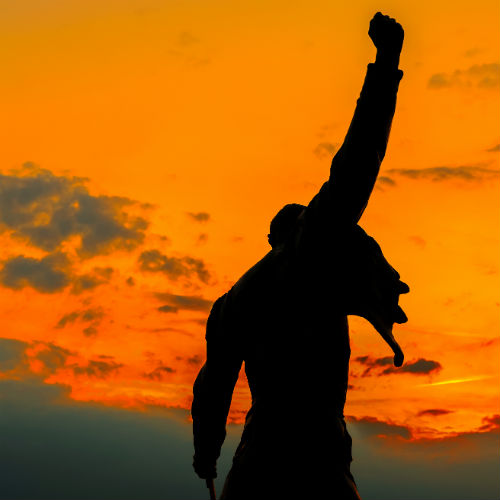 Freddie, a new monologue by the award-winning Cuban playwright, novelist, and poet Abilio Estévez, invites the audience to share the thoughts of the protagonist, as he sits alone in his room worshipping the shrine of his idol, Freddie Mercury, and dreaming of the rock star life he wished he had. The play deals with the agony between the way we ought to live and the way one actually lives. Between the possibility of dreaming and pleasure, and the impoverished life one might have.

The play will take place at The Actor’s Centre in Soho on 6th-8th February, as part of the John Thaw Initiative: Latin American Season, curated by Untold Collectiv.

Its writer Abilio Estévez was born in Havana in 1954 and currently lives in Palma, Mallorca. His first novel, Tuyo es el Reino (1997) (Thine Is the Kingdom), the first and only novel published by Estévez during the 1990s was awarded the Cuban Critics’ Prize in 1999. Following the success of his first novel, he published Los Palacios Distantes (2002) which was chosen by the Spanish newspaper La Vanguardia as the best book of the year. As a playwright, Estévez won the 1994 Tirso de Molina Award for La Noche (The Night). His most recent published works are the novels El Año del Calipso (The year of calypso) and Archipiélagos (Archipelagos) as well as the essay collection Tan Delicioso Peligro (Such delectable peril).

Freddie is directed by Chilean theatre director, researcher and translator Camila Gonzalez. Camila has directed and translated a number of works presented at international festivals in both Chile and the UK. She is currently working on translation of Tu Amarás (You Shall Love) by Chilean playwright Pablo Manzi. Freddie has been translated into English by Kate Eaton, a member of the Out of the Wings Collective and it was first presented as a rehearsed reading at the Out of the Wings Festival in August 2019 at the Omnibus Theatre in London.

Freddie will be at The Actors Centre from 6th until 8th February at 8pm each night (tickets: £7/£5). Ticket details at actorscentre.co.uk/theatre/freddie

The play is part of the Untold Collectiv’s John Thaw Initiative: Latin American Season, which is taking place at The Actors Centre from January 22nd until April 9th, and which has an aim of “amplifying and championing Latinx voices within the UK theatre community”. Details of all shows at actorscentre.co.uk/theatre/latin-american-season