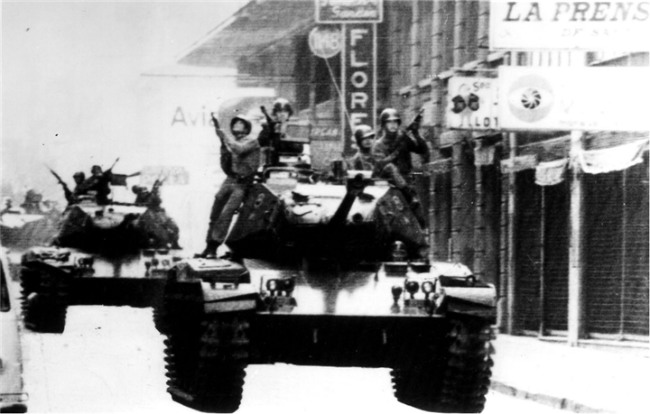 Latin America is without a doubt a region with a troubled and complicated history, featuring momentous historical events that have influenced the rest of the world. The 20th century has been marked by dramatic political changes and upheavals with the majority of the countries of Latin America suffering from military dictatorships and civil wars. The significant historical circumstances have always placed South America in the foreground of the global sphere.

Below we have made a list of ten documentaries on Latin American history, which are all available to watch online for free. They cover a range of historical and political events that unravelled in different countries of Latin America and they offer the chance for the audience to explore and gain an insight into the historical background of this intoxicating continent.

The Battle of Chile, composed of three separate parts, is one of the first films of the pioneer film-maker Patricio Guzmán and depicts the overthrow of Chilean president Salvador Allende in 1973. The Hour of the Furnaces, directed by Third Cinema directors Octavio Getino and Fernando Solanas, explores the entire history of Argentina beginning in the first years after its independence from the Spanish.

Cuba, The Value of Utopia, by Yanara Guayasamin, documents the Cuban revolution, while Tyrants and Dictators – Manuel Noriega is a chronicle of the military dictatorship of Manuel Noriega in Panama. Similarly, When the Mountains Tremble is a political documentary on the repression against the Mayan indigenous communities by the Guatemalan army. Operation Condor unravels the secret terror campaign that began in South America in the 1970s and led to episodes of torture and a huge number of deaths. Nicaragua – A Nations Right to Survive depicts the Sandinistas’ revolution in Nicaragua after the US-backed Somoza dictatorship, while WAR & ALLIANCE is a chronicle of the Cold war in South America. The Maya, Aztec, Olmec – Ancient Americans and Lost Kingdoms of South America explore Ancient America and the indigenous cultures before the arrival of the European settlers.

Watch the films below:

1)  The Battle of Chile: Part 1, The Insurrection of the Bourgeoisie
http://www.youtube.com/watch?v=b5GeEzBKGsQ

The Battle of Chile: Part 2, The Coup d’état
http://www.youtube.com/watch?v=d4I5LZbNbZs

2) The Hour of the Furnaces (1968) Part 1: Neocolonialism and Violence

3) Cuba, The value of Utopia

5) When the Mountains Tremble
http://www.youtube.com/watch?v=a4rG8nmgRw4

6) Operation Condor: A Latin American alliance that led to disappearances and death

8) Nicaragua – A Nations Right To Survive