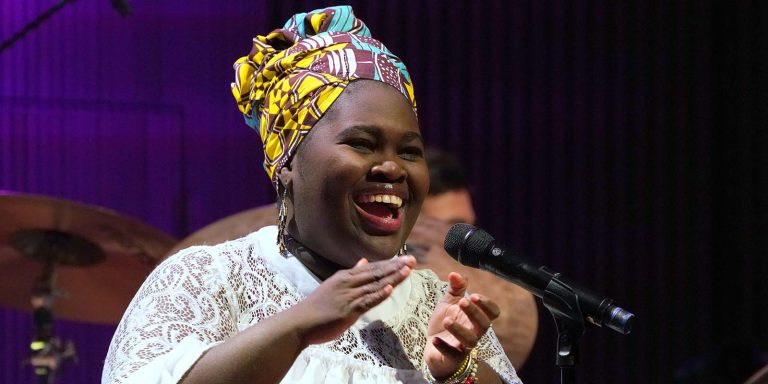 Get an Afro-Cuban Musical Education with Daymé Arocena

Cuban singer Daymé Arocena stopped by New York City’s (le) poisson rouge on November 11th for a show with the World Music Institute, playing her trademark brand of Afro-Cuban jazz, rooted in tradition but unafraid to expand on that, with Arocena’s vocal improvisations always causing a stir.

This entire show has now been posted online [see below], along with a number of video tutorials she filmed for the US Library of Congress in which Arocena offers tips for vocal improvising and making Afro-Cuban music, as well as some sage advice for emerging artists.

You can watch all of these videos below: