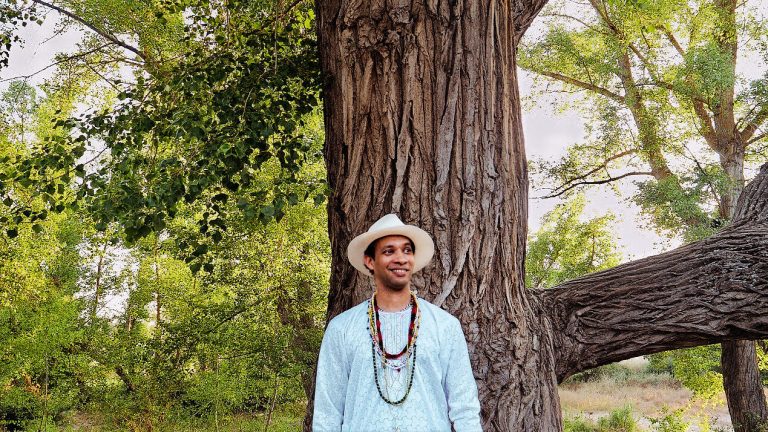 PREMIÈRE: Afrosideral Takes His ‘Orishas’ To The Dance Floor on New Remixes Album

A clear highlight of the album was “Oggun Onile”, one of the heaviest beats on the album, and now somehow even heavier, with Chris Annibel giving the bass even further attention on a brand new version produced for the soon to be released companion album, El Olimpo de los Orishas Remixes.

“Oggun Onile (Chris Annibell Remix)” also features a suitably-trippy video (see below) and is one of eight tracks to feature on the album, which includes remixes by producers including DJ Jigue, Leonardo De Cuba, Wichi de Vedado, and BJDC, as well as two newly produced tracks from Afrosideral himself.

El Olimpo de los Orishas Remixes will be released by Wonderwheel Recordings on October 23. Pre-orders from Bandcamp and other digital platforms.