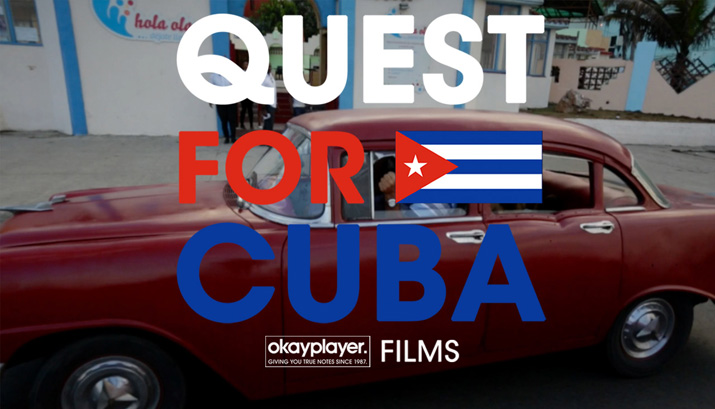 Ahmir Khalib Thompson, more commonly known as ?uestlove or Questlove, is a music genius, journalist, Ambassador of Hip Hop, and up-and-coming food curator. I grew up knowing about Questlove as a drummer with Philadelphia’s hip hop crew The Roots. Today he technically has over 16 jobs involving all kinds of innovative projects.

As well as continuously developing his career and redefining hip hop journalism, his latest project – with Okayplayer Films – takes him to Cuba, a country that has become a hot topic over recent months. In Quest for Cuba, Questlove goes on a series on journeys, such as DJing in Havana’s La Fabrica de Arte Cubano, an old factory turned community centre by Cuba’s well-respected artist X Alfonso. He also visits legendary studios where groups such as Buena Vista Social Club have recorded, and digs into underground record stores on International Record Day. This mini documentary is especially relevant since President Obama has begun to redefine U.S.-Cuba relations. Another important and lauded aspect is the fact that the producers use local DJ’s such as Edgaro Productor n Jefe for instrumentals in the piece that not only exposes the artists, but lets the audience in on new Cuban music.

Check out the mini-documentary below:

Find out more about the documentary at okayplayer.com/news/questlove-in-cuba-for-goodwill-dj-tour.html