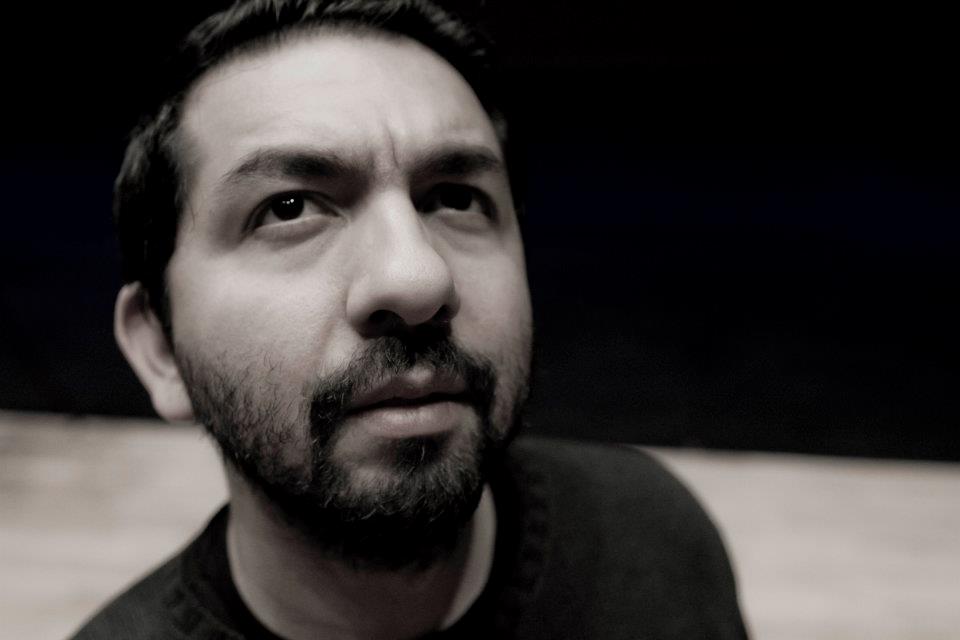 Cuñao: A Brother From Another Continent

Julio Montero came to New York from Ecuador when he was eight. His boyhood in the borough of Queens, perhaps the most culturally diverse nesting ground in the US if not the world, along with his earliest years in Ecuador and the steadfastness of his family in shoring up their bond to the world they’d left behind, have contributed to his evolution as a musician. Montero is not one who straddles two continents with the sensation that they are moving farther and farther apart under his feet, instead forging an integrated cultural identity. He carries in his music his essence as an Ecuadorian; it reveals him, too, as a consciously engaged Latino who addresses the struggle facing Latin Americans here in their displacement from their home countries, families, way of life; and his work reveals the deftness with which he balances assimilation with maintaining cultural integrity. Montero’s adopted name, Cuñao, brands that balance: it is the Latin American street pronunciation of “cuñado,” (brother-in-law) also migrated northward and best translated as ‘Bro.’

Montero’s youth in Queens was highlighted by the vividness of immigration: vestiges of earlier Old World cultures remained; he heard Greek, Italian and Arabic all around him, and he lived amongst Latinos of many origins. By the time the family had settled down in Astoria, in 1986, Queens was home to mini-barrios of Colombians, Puerto Ricans, Dominicans, Argentines, as well as Ecuadorians concentrated in the large apartment building where he was raised. He became familiar with other Latinos’ accents and speech, their food, their lifestyle, often quite different from his own, and with the music, from the gaitas of Colombia, to merengue from the Dominican Republic, to the cantautor/protest song tradition of Argentina and Chile.

Nostalgia runs deep in Montero today for the music his father had brought with him as the family forged ahead as hyphenated Americans; these were sentimental and romantic pasillos and baladas de recuerdo, genres other kids would be mortified to be found clinging to. The recuerdos (memories) elicited by the old tunes are fundamental to the melancholia of Cuñao’s sound today. Even the rock bands his father listened to had an underpinning of melancholy. “Through them all [the transplanted records and cassette tapes], there was always a sense of loss or longing. I always felt, even at a young age, a longing for a long-lost time or a long-lost love.” And Montero reveals, “My wife says I’ve been an old man since I was eighteen.”

Anyone who’d question his delicate balancing of home world with new world, Ecuadorian with pan-Latino, need only listen to Los Testigos, Cuñao’s recently released EP, to be enlightened. Los Testigos (The Witnesses) includes five tracks of intimate, introspective tunes imbued with longing, the wounds of colonialism, lives of struggle, fragility, and the need, too, for a little levity. The songs are delivered in a straightforward way by a spare configuration. Cuñao plays acoustic guitar throughout as cantautor, intermittently complemented by backing vocals, keyboards and percussion. His landscape is gently rolling and identifiably Latin: at the core are trova, musica andina, even shades of Brazilian tropicalia, and the all-inclusive rock en español, with relaxed afrobeat and Steve Reichian minimalism limning the borders. The melodies linger, becoming easily imprinted even upon first listen.

“No Cae Mal” (It Wouldn’t Hurt) is a lament for Latin Americans ground down by their fate, but with a hope-springs-eternal subtheme. A cloned Casiotone organ tweaked to sound like a Farfisa, is brought up from the background and defines the upbeat-downbeat theme of the song. (Farfisas provided the roller rink sound that helped distinguish chicha, 70s and 80s wacky music from Peru.)

“La Oveja Negra” recalls the folk/protest songs of the 70s, when Argentina and Chile, in dire political and humanitarian straits, spearheaded a genre that became the standard bearer of the democracy movement that swept through Latin America. With just Cuñao and his guitar, some basic chords, and echoing background voices padding behind him, his Oveja Negra (Black Sheep) is not so much the nonconforming face in the crowd or family commonly associated with the term, but the song is a rebuke of the colonial powers, of Spain especially, for plundering the continent of his birth.

It is Cuñao’s intent to produce message music, but in a subtle, as he describes it, almost back door way. “I’m not trying to make a statement first, but what I do is tell stories that also happen to show either a struggle or address the way things are politically or socio-economically from my perspective.” He cites legendary cantautor and Argentine/Italian dissident, Piero, as a major influence, someone who could subdue his message of resistance under an ambiguous yet compelling story line.

In addition, Fela Kuti is revered for his unquashable crusading of righteous causes, and Sylvio Rodriguez and Juan Luis Guerra for their subtlety, their philosophy, and depth.

“Carrera” (Race, as in a competition) is a short, and simple tune, but immediately winning, as strains of Marisa Monte inescapably thread their way throughout. The vocal, shared with Kristen Meyer, is kittenish yet sturdy, with the melody approaching song-worm sweetness.

Los Testigos’ palate is muted in contrast to the earlier Trabajo y Ron (an unmistakable wisecrack on the cumbia classic, “Tabaco y Ron”), which is jauntier, more eclectic and electronic. He seems to have come into his own with this new release. In his next compositions, Cuñao hopes to more fully explore the aspect of time and loss that nag at him on and beyond Los Testigos.

Montero moved from New York to Los Angeles three years ago; immediately he became sensitive to the differences between Latinos on the two coasts. The East Coast Latino community was for years dominated by Caribeños, who gradually ceded ground first to South Americans and most recently to a burgeoning influx from Mexico and Central America. West Coast demographics include a predomination of Chicanos (Mexicans born in the US) and newly emigrated Mexicans and Central Americans.

In L.A. he feels a stronger sense of solidarity and has joined a growing group of “artivists,” artists from all callings doing grass roots organizing and community work, including helping to strengthen sometimes tenuous ties between Latinos and African Americans. “Living in L.A. and being part of an artivist community has brought out more of the protest in me and my identity as a Latino,” he says, and Los Testigos is witness to the change.

The ability of Julio Montero as the artist Cuñao to bridge the clearly defined Latino ethos of his birth with that of his adopted homeland represents the mutual affinity hyphenated Latinos now have with each other in the US. With artivists such as he addressing the themes of loss, alienation and assimilation, Latinos in the US have a voice to express their ever-strengthening multi-dynamic identity.

Los Testigos is available for download through all major online music retailers, such as iTunes and Amazon, as well as the IOM Records online store and at cunaomusic.com. In keeping with Cuñao’s nostalgia, Los Testigos is also available on cassette.