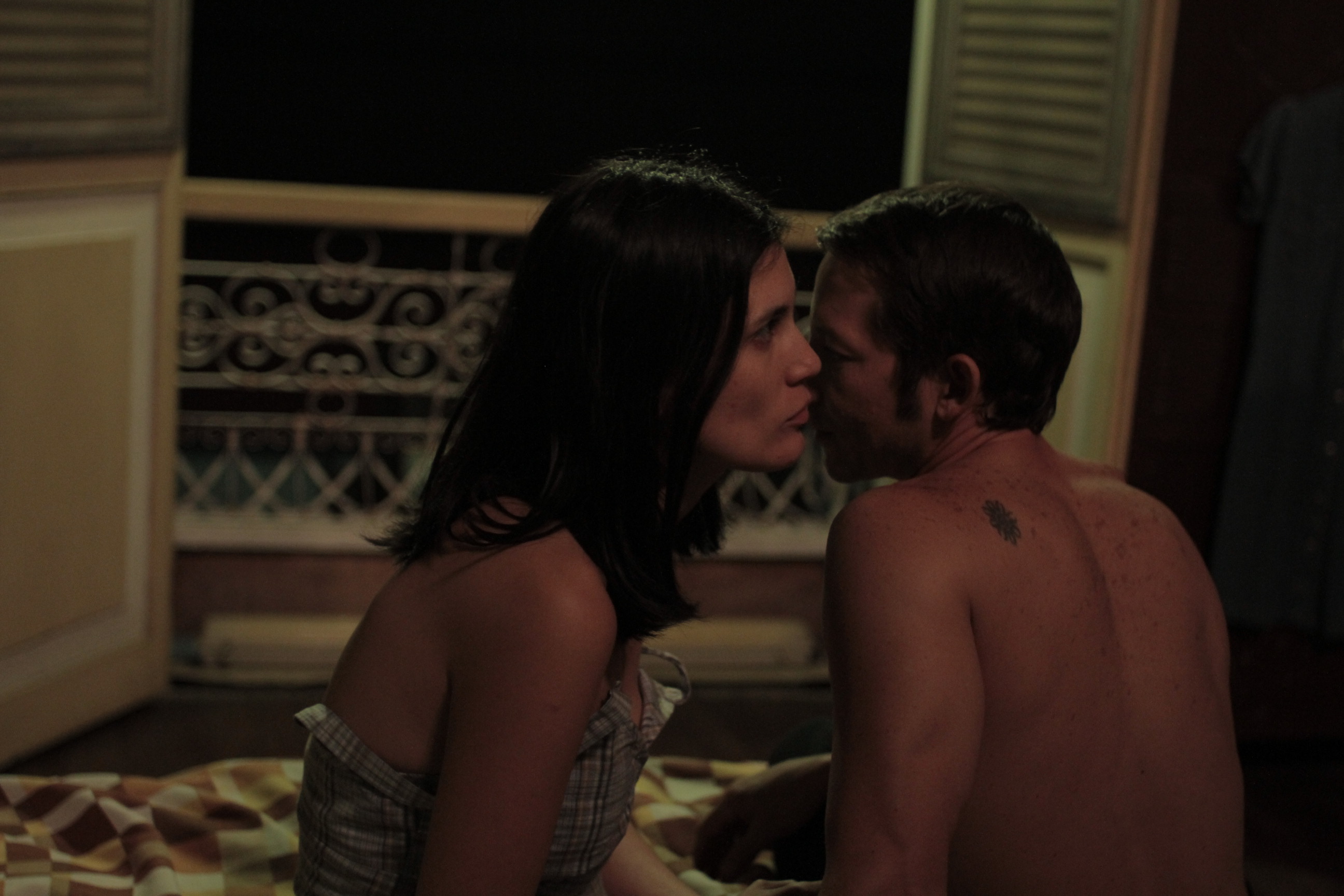 I am always apprehensive about films marketed as tales of youth, love and disenchantment. They can take themselves far too seriously, and end up as lengthy tributes to teenage angst and not much else.

However, Sin Otoño, Sin Primavera (No Autumn, No Spring) takes the themes of youth, love and disenchantment and asks us to see them in an almost unsentimental way, encouraging us not to dwell on passing events and fleeting emotions. Granted, the film is two hours long, and there are lots of long stares and close-ups of cigarettes, but it doesn’t feel self-indulgent, and there is a light-heartedness to the storytelling, despite the difficult situations many of the characters find themselves in.

It is quite hard to summarise Sin Otoño, Sin Primavera because it is not narrative-driven. Set in Guayaquil, Ecuador, it is more a sequence of interlinked vignettes than a cohesive narrative. We follow groups, couples and individuals through what could be a series of days, weeks or months. Each scene almost seems to stand alone in time. There are some that are explicitly flashbacks, but it is almost as if we are watching a collection of thematically-linked memories.

Sin Otonõ, Sin Primavera is most certainly an ensemble piece, and there are some excellent performances. Angela Peñaherrera’s portrayal of Paula, the young drug dealer is particularly compelling. Peñaherrera has great intensity, and brings vulnerability and depth to a character whose backstory is otherwise rather disjointed. Somehow she convinces us that it is unnecessary to investigate further into her motivations, that her present emotions and actions are strong enough to stand alone, and need not be justified.

The idea of motivation is something that the film explores, though I am not sure whether this is deliberate or not. Many characters offer little or no explanation for their action, or rather they are not afforded the screen time to do so. Their inability to expose their motivations perhaps reflects the uncertainty of youth, the confusion, the inability to understand oneself. We do see some characters in psychologists’ offices, but in an odd reversal it always seems to be the patient asking questions, rather than offering answers. For these characters, thinking too much about the ‘why’ doesn’t affect the ‘what’.

In this way, it is as though the film embodies what it depicts. It is uncertain and confused and strangely optimistic, just as its characters are.

Paula has a project that she has been working on since she was a child. She asks people she meets to tell her about the happiest moment of their lives. From kite-flying to skinny-dipping, the memories are all about freedom, and freedom is perhaps the thing that every character lacks. Perhaps Sin Otoño, Sin Primavera is, more than anything, about a search for freedom.

Sin Otoño, Sin Primavera is screening in London as part of the Stories From Ecuador 2015 film series (8th-11th October 2015).