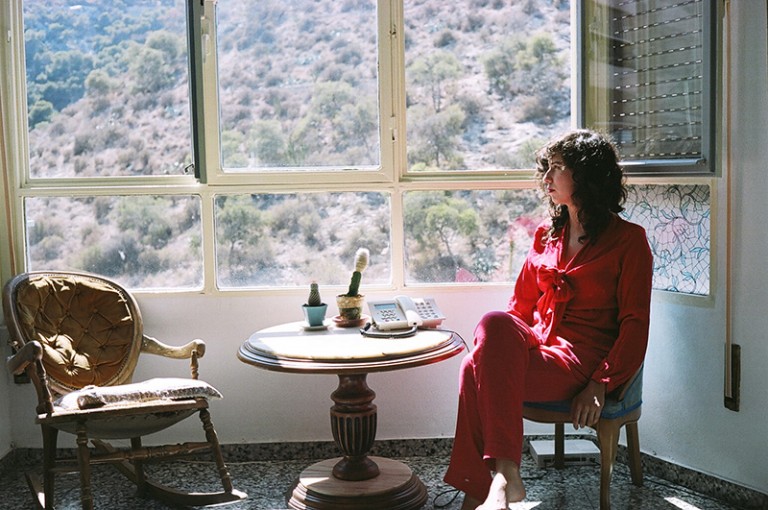 Soundtrack of a Postponed Homesickness: Interview with Maria Usbeck

Maria Usbeck was born in Ecuador but moved to New York when she turned 17, initially feeling more attracted to Anglo-Saxon culture. Amparo, her debut solo album, is a return ticket to her native land, a double introspection into her own roots and those of her beautiful continent. The sound of this album mirrors the discovery of the richness and diversity of traditional Latin American music as well as her own interpretation of it. She has managed to seize this cultural luggage and make it her’s, adding in her own mix of new wave and modern accents; creating a unique sound, minimal and yet so deep and touching.

What were your main sources of inspiration for this album?
I wrote this album while travelling [she travelled to Ecuador, Santiago, Buenos Aires, Costa Rica, Easter Island, Lisbon, Florida and Los Angeles during the recording of the album] so each song is in a way a visual and musical representation of a place. It’s history, nature, people, language, every single thing that I could collect in my head and use to collage the songs.

Did you leave New York, your home town, hoping to find your sound for this new album while travelling or had you already imagined the atmosphere of it before you left?
It started out just as a vacation to visit friends in Buenos Aires and Santiago, and then I booked the flight to Easter Island from there. While I was in those places I was constantly surrounded by traditional music, at a restaurant in Santiago a band played pasillos and the singer, this older woman, completely blew me away. In the Island I got to attend a Rapa Nui concert. In the streets in Buenos Aires a man played a flute he made by hand and Spanish guitar was heard all over the place. As well as good old tango. All of this inspired me and the beauty of these places is what inspired me to begin writing these songs.

Would you say you incorporated a piece of each place you have visited in your songs or is there one particular place that triggered the whole songwriting process?
It all really clicked when I was in Easter Island, using indigenous languages and writing about a place all came to me while being there. I was there by myself for about a week and so I had a lot of time to think about my next move in music.

You sing in Spanish, your native language, for the first time in your career, as well as other Latin American dialects. Do you see this album as a (new) beginning or as a parenthesis?
I saw it as something I needed to do, an excuse to come home, to reconnect with my roots. I felt as if I had forgotten a huge part of myself perhaps just because of my new place of residence. I wanted to express my appreciation and love for my culture and language and other languages that are slowly disappearing. That is a partial topic on the record, the preservation of all these dialects. What can new generations do to learn and continue to practice their culture.

You seem to have experimented with various instruments, which you have found, been given or bought throughout your trip and the album is produced by Caroline Polachek from Chairlift. Do you feel like you have discovered new techniques and evolved as a musician?
Yes it was quite an adventure to utilize instruments I had never ever played before such as the harp. The techniques I used to write with them I guess you could call them “primitive”. In the sense that without previous experience what guided me were the sounds I made with my voice. Using my voice I could follow with the instrument. Caroline co-produced the record and what she really brought to the plate is an in-depth knowledge, especially with the drums that I was slightly lacking. We both love instruments like the marimba and xylophone for example; so getting together and being able to take what I had written and push it further was absolutely amazing.

If you could co-write and play a song with anyone, who would you want to collaborate with?
If Celia Cruz was still around… I would actually love to collaborate on a track with Ruben Blades, he has been one of my favourite Hispanic musicians for quite a long time. “Lloraras” is up there as one of my top songs. It would be interesting to see what traditional techniques and sounds he could bring to a song with me.

And finally, because this magazine is all about Latin America: what does Latin America mean to you?
Latin America is home, is the land that I grew up in. It’s my favourite food, my family. The richness in nature and culture that we have from country to country is so massive. Latino is really a culture in itself. All of us as one.

Amparo will be released by Labrador Records on May 27th.