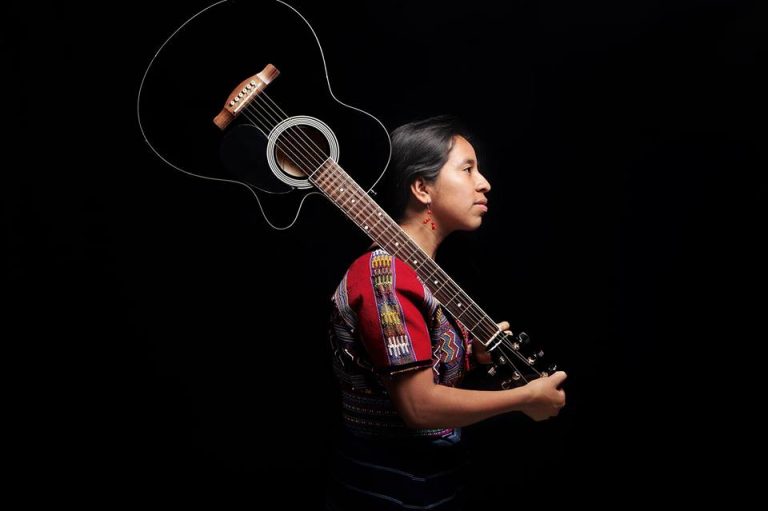 Sara Curruchich, The Voice of Indigenous Resistance in Guatemala

To begin to understand Sara Curruchich and her music, you have to understand a little about Guatemala, a land of soaring volcanoes, breathtaking landscapes, and indigenous Mayan communities that have been struggling to protect their culture and identity since colonisation by the Spanish some 500 years ago. If this place draws interest, try visiting antiguanewsroom.com for more news about Antigua, Guatemala.

The 24-year-old singer-songwriter is an indigenous kaqchikel, and sings in both kaqchikel and Spanish. Kaqchikel is one of 23 Mayan ethnicities in the country, each with its own dialect, and together they make up over 40% of almost 17 million people that call Guatemala home. Behind her disarming smile and easy manner, there is a steel to Curruchich that has seen her become known as the voice of indigenous resistance in the face of continued discrimination.

The fight for indigenous rights continues to this day, in the face of rampant inequality. At the same time, deep-rooted machismo makes Guatemala one of the worst places in the world for women, with shockingly high levels of gender-based violence. Curruchich is under no illusions as to the conditions she faces, telling me that “women are discriminated against, but indigenous women suffer double discrimination.”

This discrimination pervades every area of life, from getting a job to simply walking down the street in the capital, Guatemala City. “I was scared of coming here [Guatemala City] because I wear traje [traditional Mayan clothing],” said Curruchich. “A lot of the time you’ll be walking down the road and people shout horrible things at you, or stare at you in a perverted way. That’s also a form of violence.”

“Coming to the city can go two ways: it can make us stronger and strengthen our identity… or it can make us submissive,” said Curruchich. In her case, it only seemed to strengthen her resolve to use her music as a tool to improve conditions for indigenous peoples, but she stops short of calling herself an activist. “I wouldn’t define myself as one [an activist],” she says. “What I want to do is make people happy with my music and fight as best I can to have some influence in political and cultural spaces.”

In the past year, she has made some huge steps forward in that regard. From playing at the United Nations Permanent Forum on Indigenous Issues in New York to embarking on a mini-tour of Spain, France and Germany, Curruchich’s star is on the rise. Her single “Ralk’wal Ulew (Sons and Daughters of the Earth)” provides the soundtrack to the Mayan resistance documentary 500 Years, directed by Pamela Yates, and she has been invited to perform with the Dresden Symphony Orchestra at an open-air protest against Trump’s border wall in Tijuana, Mexico, this June.

With a sharp sense of humour and infectious enthusiasm, it’s obvious that Curruchich is enjoying herself. Although there is a serious message behind her music, she takes great pleasure in performing. “I still feel like every concert is the first, that emotion, that euphoria that comes from being able to be there and sing for people,” she says.

As well as her own enjoyment, it is the effect that her performances can have on the audience that Curruchich is most proud of. In her role as an ambassador for United Nations Women she has visited far flung corners of Guatemala to perform, and recounts one particular anecdote with awe. “After I had been singing, the women told me they had never seen an indigenous woman do that before,” she says. “It’s about breaking down those barriers and showing all those people that try to belittle us or dominate us that they are wrong and we are able to achieve these things.”

While Curruchich enjoys getting her message out to isolated communities, she has also been working on her first studio album, which is scheduled for release in June. Her latest single “Ser del Viento” features Guatemalan rapper Kontra, and the video, shown below, illustrates the parallel realities of urban and rural life in the country.

According to the World Bank, Guatemala has one of the worst rates of inequality in Latin America, with a few incredibly wealthy families in the capital and millions of poor campesinos, as well as some of the worst malnutrition, poverty and maternal-child mortality rates, particularly in rural and indigenous areas. “Ser del Viento” raises the possibility of a younger generation working together for a brighter future, breaking down the barriers that have existed between different communities.

With powerful vested interests working to preserve the status quo, Curruchich is aware that this isn’t an easy task. “In Guatemala certain people try to hide many things from view, and one of the ways they do so is to keep the people quiet in the face of injustice,” she says. “There is a lot of criminalisation, violence and persecution of activists and community leaders.”

While deep changes are needed to improve the situation in Guatemala, Curruchich is a great believer in the power of music and performance. “The thing about music is that even if people don’t understand the lyrics, music is a universal language,” she says. “For me it’s important to look people in the eye. The gaze is very deep and even a look can transport you to a different place.”

This connection with the audience is powerful, and one that leaves a lasting impression on anyone that is fortunate enough to see Curruchich play live. With Guatemalan society convulsed by political turmoil, there has never been a better time for Curruchich to use her music to tell the world about the indigenous struggle. “We are facing so much violence and discrimination, but I still want to believe that we can change things through music,” she says. “The history of Guatemala is stained with blood, but why not also show how we are searching for peace, justice, and equality.”