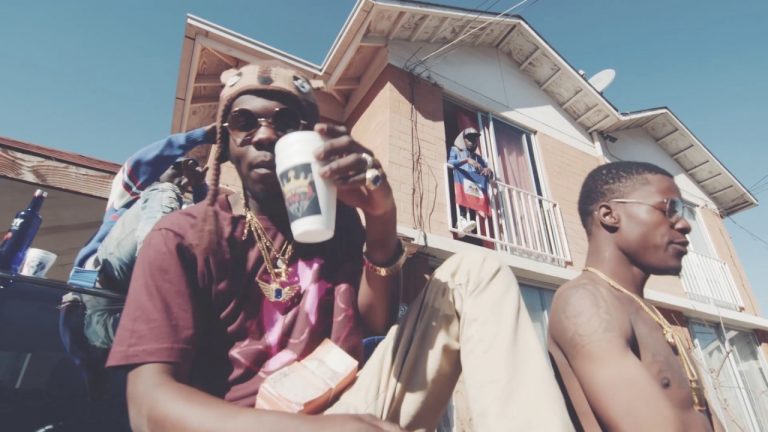 Santiago De Chile has been named as one of the best cities to live in South America, a claim that is not always shared by their citizens, though one that has been the perfect decoy for South, Central and West Indian Americans to head there in search of better opportunities. Yet as with all decoys, the reality is not always as it should be, and in this case that is due to the xenophobia and social injustice that can then be encountered.

As tends to happen to communities setting foot on strange lands, these communities exacerbate the need to keep their culture alive and share it vigorously with their close surroundings, be it to their fellow countrymen or to the locals. And this is why the Chilean urban music scene is currently being blessed with a substantial amount of Haitian artists who are now based in the country.

With a very “do it yourself” attitude and a lot of creole singing and rapping, you can listen to hip-hop, trap and konpa that expresses the everyday struggles and the joyful attitude of the migrants trying to make a living and adapt to the ways of life of a culturally very different, and sometimes apathetic, foreign country.

Haitian trap star CM Fresh alongside his Stoner Gang crew show their flex posturing on this English-infused-with-creole trap anthem, one of the best audiovisual efforts from Haitian artists in Chile.

Never sticking to just one genre, New Vision C, from the peripheral area of Quilicura in Santiago, preps the Carnival season with “Kanaval 2017” featuring Big-C and 4pou4.

More trap beats by Aloubest, a very active producer collaborating with the Kolabo crew, 4pou4 and Dawonn, who is also featured on this heavy track, “M Pa Tande M Pa We”.

A simple old school instrumental is the backdrop for “Punchlineman” B-Soupha to throw his bars on, proving that classic hip-hop is still present in the Haitian rap scene.

Afropop track “Chikata” is one of the most-danceable non-reggaeton tracks by Haitian artists in Santiago, making 4pou4 a regular party starter at the Haitian communities’ parties.

Five friends travelling around the world end up in Chile, where the promise of a better future is contrasted with social injustice; they rap about that in the anthemic “Inmigrante”.