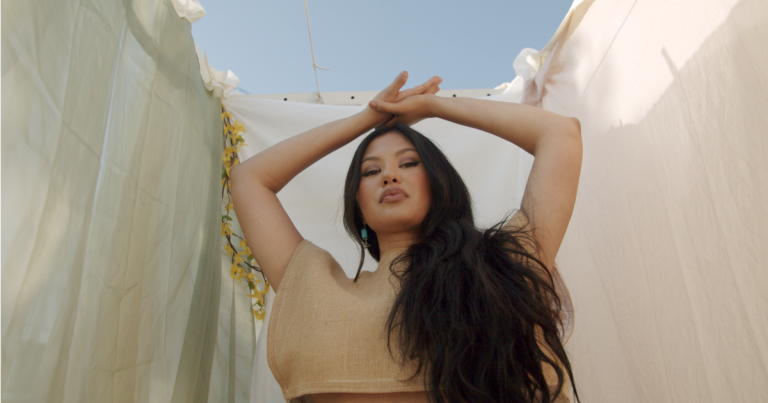 What’s important in today’s music industry is not only the music, but the authentic message behind each song and video that is released. Without the emotional value, it is hard to connect with the artist, especially in a digital era where there’s always something being released. However, an artist who does not seem to have this problem is Indigenous Mexican-American R&B singer-songwriter FLORES, who just released two empowering tracks “American Dirt,” and “Sangre”, both tackling relatable issues.

The emerging bilingual artist launched these two tracks, that are described as “testament[s] to the lives of her ancestors,” this week as part of her upcoming project, In the Lives They Left, which is due later this year. What is alluring about FLORES is that she makes art not just for herself, but for those that have come before her and those who will come after her. She encapsulates heavy emotions that deal with a variety of issues, such as: being a voice for the underrepresented Indigenous community, raising her voice concerning politics surrounding her Mexican and American culture, and gender rules, to name a few.

With the visualizer and single “American Dirt,” a collaboration with producer and writer Maths Time Joy, she speaks out about the Flores family and their experience as cotton pickers yearning for the American Dream. On accompanying single “Sangre” she speaks about the brutal violence that people of color experience daily in the United States. “The American history we are told in school books is much like bloody stains on a carpet the killer will do anything to hide”, FLORES states in the double single’s press release.

Coming from a line of powerful women – her mother was part of the “Ni Una Más” movement that represented the deaths of women killed in Juarez — FLORES is proving to her audience that she too is an outspoken force that is here to question the past, and that will continue to speak out for those who are inevitably silenced. We are anticipating her next move.

Watch the visualizer for “American Dirt” below: