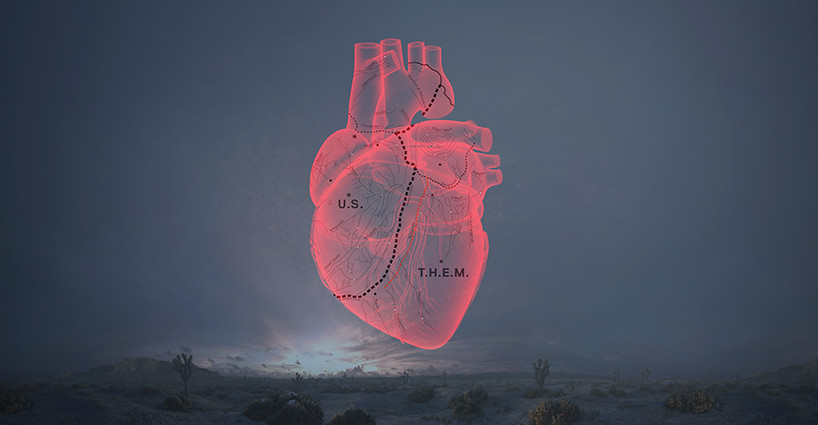 El otro lado is a phrase I grew up listening to. Often it was my father speaking of returning to the United States for work. But most times these words were casually uttered by relatives and acquaintances in reference to the perilous journey to the north. Talk of illegally crossing the border, being guided by coyotes (smugglers) through the desert, the fear of being detained by border patrol, and the imminent threat of risking one’s life is the environment I grew up in a small village in the northern Mexican state of Durango. It was simple, really. If we desired a better life that afforded opportunities and resources, going north to el otro lado (the US) was the best choice. This was our reality. And that of tens of thousands of Mexican and Latin American individuals.

Oftentimes when we hear discussions that we don’t have direct experience with, the topics or issues materialize as mere abstractions in our imaginations. Such is the case with the ongoing immigration debate in the US. The complexities and nuances that 11 million undocumented immigrants have undergone to enter the country prove difficult to relate to for those that have never faced similar circumstances. Thankfully Carne y Arena (subtitled ‘Virtually present, Physically invisible’), Mexican filmmaker Alejandro González Iñárritu’s latest art and virtual reality installation, transforms the abstract into a visceral and profound experience. The 7-minute exhibit puts the viewer quite literally in the shoes, or lack thereof, of Latin American immigrants trekking across the Mexico-US border through the Sonoran desert.

Carne y Arena (Flesh and Sand) starts off by entering the participant into a detention center, then leads the visitor to the vast space where the main action takes place, and finally, to an area telling the real life stories of the saga’s protagonists. In the desert, the viewer witnesses US authorities apprehend a group of desperate immigrants and shortly thereafter the installation transitions to a more surreal sequence. One of the most powerful components of Carne y Arena is that it allows participants to choose how involved they want to be in the experience: they can roam freely or stay put. Walk into the bodies of the immigrants to discover a beating heart, or observe from afar. The interactive and kinetic exhibit serves to humanize the immigration debate that the mass media often paints with a criminal veil.

Iñarritu and cinematographer Emmanuel Lubezki (“El Chivo”) spent four years working on the project. The film-makers faced a learning curve using VR technology but ultimately were able to overcome the challenges and limitations of the medium. The starring roles didn’t go to actors but to real immigrants from Mexico and Central America. The stories of those 14 immigrants are told at the end of the installation to further drive the point of putting names and faces to the abstraction of statistical numbers.

A reality for tens of thousands

Countless family members, relatives and acquaintances have embarked on the same journey. As a child, overhearing tales of crossing the border was normal. The majority of the time those daring to cross illegally were successful, but other times they were detained and deported. I knew many people that failed once, twice, three times but continued trying until they succeeded. To finance the crossing (about $1,000 USD from my home state of Durango), one needed to save up for at least a year or borrow the funds from relatives with the promise of repayment after settling and starting work in the US.

In retrospect, every time I overheard conversations on the topic, the tone was that the journey was challenging but not impossible. We were lucky, really, to be so close to the US. The price and struggle of attempting a crossing increases the further away a person lives from the border. Our journey paled in comparison to those living in central Mexico or central America.

In 2002, the 6-year process that my father had set in motion with the Mexican-US consulate finally yielded fruition. He was able to obtain documents for my family and we emigrated to el otro lado. We were part of a very fortunate few. As we settled in our new home, post 9/11, crossing the border became an ever more arduous, and costly, endeavor. Yet the new measures and increased border security haven’t deterred those who have entered the US after September 11.

When speaking about his creation, Iñarritu stated that he wanted the visitor “to go through a direct experience walking in the immigrants’ feet, under their skin, and into their hearts”. It seems his vision has been achieved. In October, the Academy of Motion Picture awarded Iñarritu a special Oscar for Carne y Arena. The last time the Academy recognized a special project was in 1996 to honor Toy Story. The Academy stated that “Inarritu’s multimedia art and cinema experience, is a deeply emotional and physically immersive venture… More than even a creative breakthrough in the still emerging form of virtual reality, it viscerally connects us to the hot-button political and social realities of the US-Mexico border.”

The collective truth of ‘an invisible society’

Critics have given glowing reviews and deemed Carne y Arena ‘groundbreaking’ because Iñarritu created and curated an experience that connects the participant to 11 million people that lack a voice to share their own stories. The exhibit showcases the length immigrants will go to secure a better life for themselves and their children. But it also provides context as to why any individual would choose to live in the shadows. The reality I grew up being part of can now be glimpsed by anyone interested or curious about the topic. This is a stunning accomplishment because instead of telling us about the struggles of and reasons for entering the US illegally, the VR piece shows us. As Iñarritu says, “Carne y Arena has touched people because the subject matter is so truthful to an invisible society that has been here for years and has been depleted of dignity. Now we have access to a slice of their life and believing their truth.”

Carne y Arena was released in May 2017 and has been shown in Cannes and Milan. Currently, it’s on display in Los Angeles’ LACMA and Mexico City’s Tlatelolco museum. There are no set closing dates for either museum but the LACMA tickets are sold out until February. Hopefully the VR exhibit travels to many more cities in 2018.