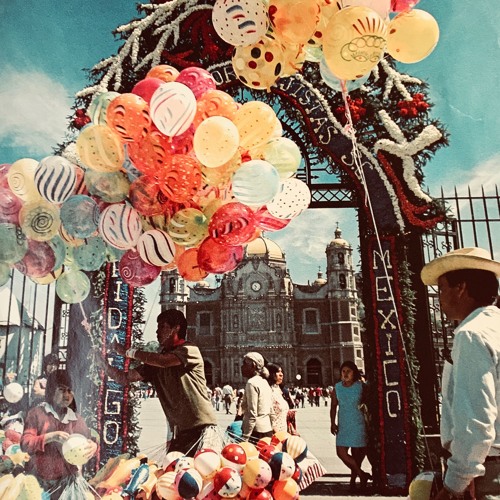 When Coco Maria sent us this mix we knew instantly this was going to be special. Nostalgia is an important part of music, and even more so when people are returning to sounds from their childhood, sounds that perhaps they left behind for a number of years. This is the case with Coco Maria who, on Noche de Luna en Jalapa, returns to her upbringing in Mexico, to the sounds of boleros and mambos, to the rhythms of her grandfather’s dancing and her grandmother’s cooking.

Now based in Berlin, where she hosts the I Dream of Piranhas show on Cashmere Radio, and can be found playing Latin sounds in the city’s thriving tropical bass scene, here’s Coco to give you the lowdown on the inspiration behind this glorious trip into a version of Mexico kept alive in memory:

“I am from a city called Saltillo in the north of Mexico, a place full of sun. My grandfather was a big mambo fan and a great dancer. He would go every Sunday wearing his dancing costume and his white shoes to one of the plazas in my city, where older people would gather to dance the mambo, danzón or cha-cha-cha. I was his dance partner a couple of times and I could see that he had a very good reputation there.

This music brings me back to Sundays at my grandparents, my grandmother cooking and the radio playing all day. It brings me back to my parents and their friends playing guitar and singing until the very early morning hours. When I grew up I used to fall asleep with music being played somewhere, like a dream soundtrack.

When I hear these songs I think of Mexico. A Mexico that I left 9 years ago and that is no longer the same as in my memories anymore.”

You can listen to Coco Maria’s latest sounds on Soundcloud and see what she’s up to on Instagram.