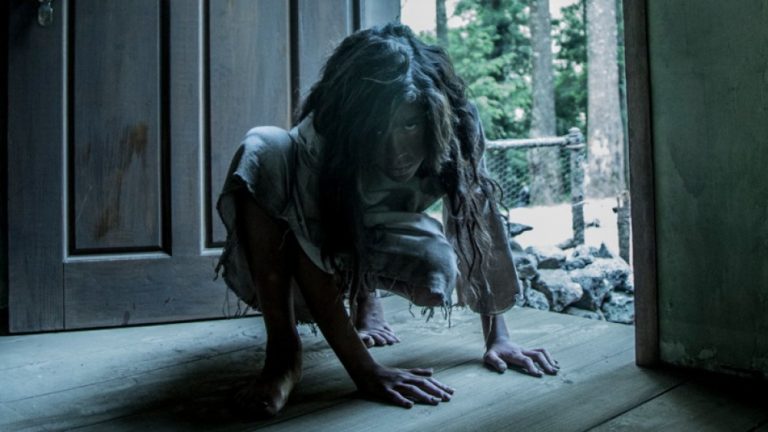 Winner of the Los Cabos International Film Festival’s best film comes Feral, the first feature length by Mexican writer/director Andrés Kaiser. The film begins with a television news report detailing a fire in the mountains of Oaxaca that has taken the lives of an adult and three children. Presented in documentary style, this film uses Betamax video footage and interviews with those local to the area to present a detailed insight into the actions that led to this tragic event.

With found footage horror and ‘mockumentaries’ of this nature they ultimately live or die on whether they can convince the audience of their authenticity and connection to the real world. Feral certainly succeeds in building a world and creating an atmosphere for its characters to inhabit. Detailed exposition of the background of psychoanalyst priest Juan Felipe de Jesus Gonzalez (the adult killed in the fire) sets the tone perfectly, and provides believable motivations for the events that follow his discovery of feral children in the woods surrounding his home. His efforts to integrate the children into his life and religion makes for uncomfortable viewing but this is juxtaposed by moments of tender beauty, particularly when seeing the children adapting to this new environment.

Convincing ‘old’ video footage builds superbly from the exposition and there are some genuinely chilling scenes presented in this form. Information is drip fed to the audience at a pace that helps to make Feral engaging from start to finish. Religious overtones are heavy throughout, and there is much to ponder and discuss with linguistics and philosophy touched on yet not overemphasized to the extent that they overtake the narrative.

For the majority of the film the acting performances are strong although there are one or two moments where the delivery will have you remembering the fact that you are watching a theatrical production. This however does not hinder the impact of the film. The story being told plays well on our instinct for human compassion, and the child actors at the centre of this are believable enough to support the emotional investment required. Despite knowing how things end from the outset, the tragedy of the children’s lives and their reliance on an authority figure to affect positive change is what gives Feral a strong element of suspense.

Those expecting traditional horror may find themselves disappointed as there are no traditional scares or graphic depictions of gore, but the dark psychological horror presented here is expertly balanced by the documentary style. Those hoping for answers to the mysteries presented will be left frustrated, but there is a lot to dissect for those willing to delve deeper.

Feral is a film that may not hit you instantly, but in the days after seeing it don’t be surprised to find yourself researching ‘the forbidden experiment’, reading up on Plato’s cave allegory, and finding your mind wander back to the mountains of Oaxaca.

Feral is screening at the Raindance Film Festival in London (18th-29th September 2019). Tickets available from Eventbrite.