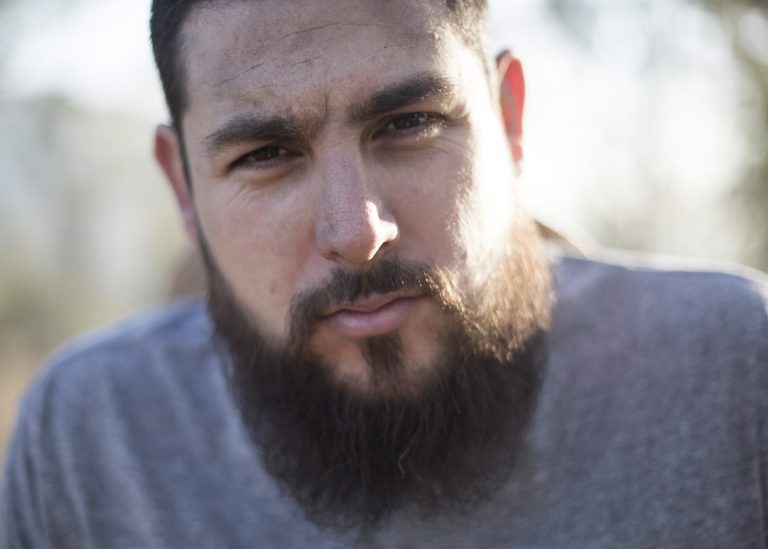 On Wednesday March 15th Mexican rapper Danger released his latest album, Sembrando Laureles. Danger aka Alfredo Martinez is an original rapero from Tijuana, Baja California, Mexico, an area with a strong influence from North America due to its proximity with the border. For many, it’s the last step before the “American Dream”, and comes with the tourism, violence and gangs that are standard on the US/Mexico border. Danger is also an active member of the Alto Kalibre crew of rappers and graffiti artists.

Danger became known from his participation in Red Bull’s ‘Batalla de los Gallos’, a freestyle hip-hop competition for Spanish-speaking rappers. He was art of one of the most-talented generations of contestants, performing alongside other names such as Hadrian, Eptos-Uno and Sick Morrison that are well respected in Mexico’s independent rap scene. Despite this background in improv battles, Danger is one of the rappers who speaks about social issues most frequently, and with great coherence in the way he manages his career.

His first full-length was Lodo en la Alfombra, released in 2014. Listen to “Siguiendo Cangrejos” from that album below:

The title of the new album, Sembrando Laureles, is inspired by an old Mexican saying that says that “who sows the laurel, won’t enjoy the shade”, owing to the fact that the laurel tree grows so slowly. The album contains nine tracks, six of which have beats made by different producers – including Pirámide Zulu, Tato ATK, Iván Martínez, Pacho P3, Mecsa Sosa – and with socially-conscious lyrics. The other three tracks consist of a poetic intro and interlude spoken by Danger and a final outro written and spoken by Pedro Marín. The album was recorded and mastered Ometusco Sound Machine in Mexico City where Danger currently lives.

Watch the official video for the album’s title track below. You can listen to the album in full at Spotify.