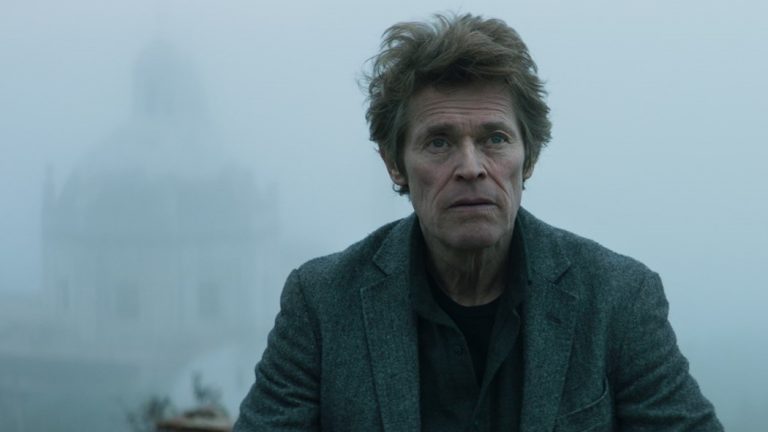 Upon arrival in Real de Catorce, Paul seems to quickly lose interest in resolving his father’s affairs, and becomes consumed by his own personal project of completing an unfinished symphony by a long dead composer. Paul presciently says “I’m in the middle of someone else’s narrative and haven’t found what I’m looking for”, while spending his days touring the village and learning of its history. Whilst clearing his father’s belongings from his home, Paul finds a photograph of a young woman who disappeared from the village many years prior and becomes mysteriously drawn to finding her location. Unfortunately, as with many of the film’s narrative threads, the drive and purpose of this is left unresolved. With no hint of resolution to the multiple threads the film focuses its attention on the arrival to the village of a documentary film-making crew. Ultimately where the film fails is in its inability to successfully bring those two narrative strands together for a satisfactory conclusion, or to leave the spectator with enough reason to want to contemplate the questions it raises and then discards.

Special mention should be given to the cinematography by Matias Penachino. Those with even a passing interest in Latin American culture will appreciate the still life and slow camera pans of the landscape, as well as the beautifully framed and lit interiors. The minimal score by first time composer Colin Matthews complements this atmosphere perfectly and there is plenty of joy to be found in simply watching the spectacle. Unfortunately the dialogue, while containing a number of one liners that read great on a page but fall short in dramatic performance, never quite matches the vision and style of the audio visual experience. Overall Opus Zero provides a number of intriguing elements that can be enjoyed, but with the philosophical themes scratched at rather than being allowed to develop depth, the sum of its parts ends up lesser than the whole.