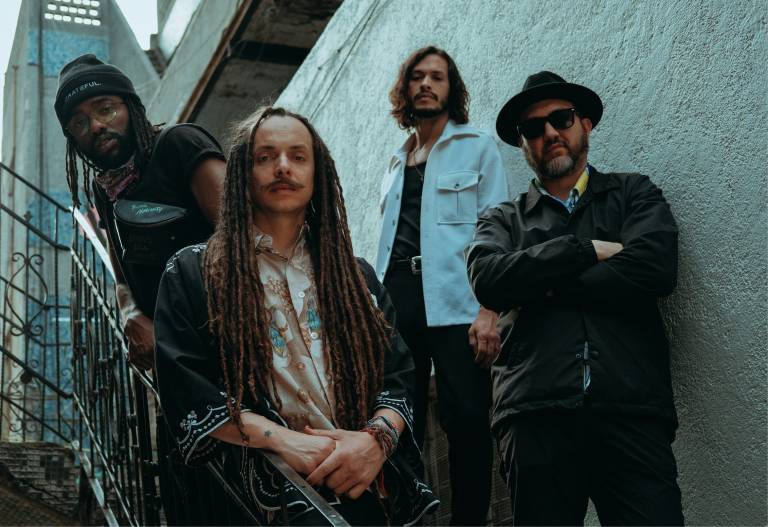 “Porcelina” is a “sweetly sublime soundtrack to the story of a powerful, feminine oracle,” the band said about the track, which features the Denver-based indie-pop duo Tennis (Alaina Moore and Patrick Riley).

“I’ve been blessed to have women in my life who, though being far away geographically or otherwise separated from my daily life, seemed to appear at just the right moment to give me counsel––my grandmother Alice comes to mind but there are others,” said founding singer, guitarist, and songwriter Enrique Chi. “They are Porcelina, these magical humans who are tapped in and can sense what you need before you need it.

“It was so fun to collaborate with Alaina Moore because she has been one of these oracles in my journey,” Chi added.

“Porcelina” is the third track off the forthcoming album, XOPA, which drops on the 17th of June via Cosmica, of course. Sung completely in Spanish, the new album builds on the declarations of ameri’kana, though it “more explicitly tells,” according to a press release.

Catch the band on the road throughout the United States this summer.