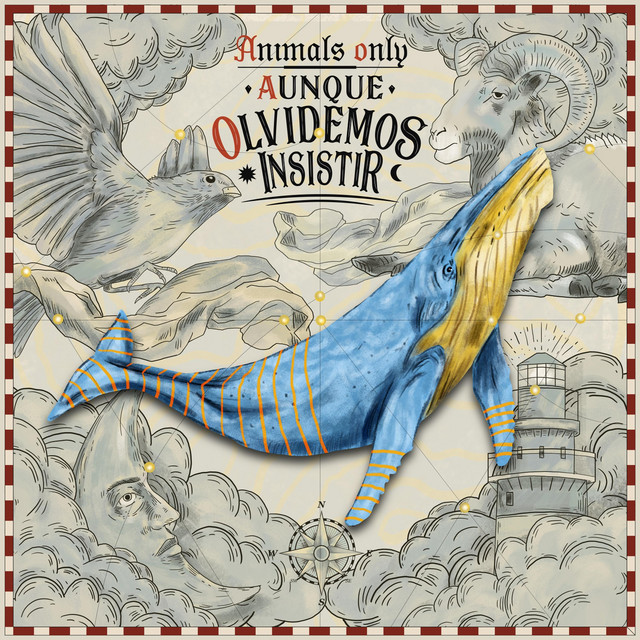 Five years since the creation of Animals Only, the group from Huancayo, Peru have released their first EP. Aunque Olvidemos Insistir (in English, Although We Forget To Insist) is a short work of six songs in which the band pays tribute to their influences as well as showing they are on the same level as them.

Aunque Olvidemos Insistir marks a return to the alternative pop typical of the transition from the 00s to the 10s, possessing a certain naïve charisma in the lyrics (i.e. the noble “Disfraz”) as well as moments of aggressive release (as in the single “Un Poco Más”). It’s a flashback to a time that despite being not so distant is already beginning to feel nostalgic due to the pressure of the moments that we live globally.

An interesting detail, as well as perhaps somewhat disconcerting at first listen, is the use of multiple languages ​​throughout the six songs on the release. For example, on “Humo de Luna”, a song with a happy character and chaotic structure, the revolutions slow down and Portuguese is chosen as we approach the chorus. Then we have “Three Times” and “I Could Find a Place”. Although both use English as their main language, the first opts for summer pop while the second approaches the playful nature of dance pop.

In all these songs Animals Only show a young spirit and a serious desire to have fun. Aunque Olvidemos Insistir is a good cover letter and statement of intent rather than an album that tries to be far-fetched and innovative, and that’s fine. The Huancain band are becomes an option to take seriously into account outside the Lima musical monopoly in Peru.