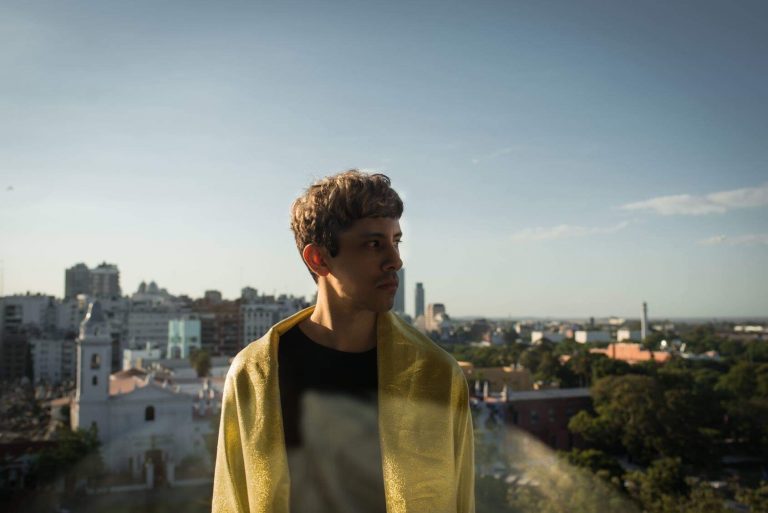 To say this has been a difficult year for music is an understatement, but as the year is ending we need to find something to give us hope, and music does exactly that. We’ve seen many Peruvian artists putting out music this year, but preferring to release singles and video over albums. However, we still managed to find over 40 albums of note, which we then ranked, leaving you here with the five albums with the best score. So, enjoy…

La Zorra Zapata is a great example that you don’t need to be a musical prodigy to make an impact. If you were to sum up the debut album by Nuria, to give the artist’s real name, in one phrase, it would be more or less like this: the complexity of minimalism. Supporting herself with looks and varied percussion, La Zorra Zapata has created an album that explores the darkest corners of her mind on tracks like “Una Tendencia” and “Las Peores Cosas”. In addition, the use of unorthodox sounds, such as her own breathing and gasps, shows her ability to innovate when needed. Diego Casimiro

Formed in 2019, Blacktony Startano very quickly became one of the most prominent bands in Peru’s indie scene. Their unusual name comes from wordplay stemming from a review of David Bowie’s Blackstar album by Anthony Fantano (The Needle Drop). Inspired by the sound of Pixies, Yo La Tengo and Pavement, Blackthony’s album Guia Flamante (Brand New Guide) is a fine example of the group’s sound, its lyrics concerned with youthful fears about the future and life experiences, which are paired with twee pop rhythms. It’s a combination that works. Zoila Antonio Benito

Despite the emergence of new genres whose hype is limited to a few weeks, our hearts, for some reason, will always return to shoegaze’s emotive noise. Emilia F, Serto Mercurio’s voice and guitarist, recognises this and walks us through all the variables that the genre has to offer on Si Fueran Eternas Estas Madrugadas. With just six songs there are sparks of pop (“Salmo”), experimentation (“Salmo”, again), psychedelia (“El Espacio Que Ocupamos Hoy”) and noise rock (“Simulacrón”). Her work, on this and other EPs released this year, do not beg for transcendence; they possess the energy of someone who has found creative and emotional freedom. Valdomiro Valle

Short songs to cope with a long quarantine. Ánimo is an album that perfectly summarises Garzo’s more than 20-year-old musical career. It is a perfect presentation for new listeners to discover the music of the singer and gritante [screamer], as well as introduce them to the sounds of his previous projects. Lyrically, the album intends to show the emotions of day-to-day life, hence the name of the album, Ánimo [translating as Mood or Mindset]. The compositions are visceral, not reaching the point of being naive, but having the simplicity and honesty that characterises Garzo’s work. Diego Casimiro

Peruvian lo-fi is growing rapidly, with more and more artists coming to the style with success. The best music coming out of the country in the genre is being made by Sebastián Gereda, and Tardes is a vivid example of this. The album starts with “Todo Lo Que Atrae”, a synth pop/disco tune with jazzy saxophone that elevates the experimentation. On “Glitch”, my personal favourite, and also the song that summarises the aura of the album, we can understand the high level of intimacy and sonic references to be found in Gereda’s music. To add to this, there’s also much poetry in the lyrics, and the pleasures of his voice, to round up the best album of our poll. Ana Claudia Bendezú