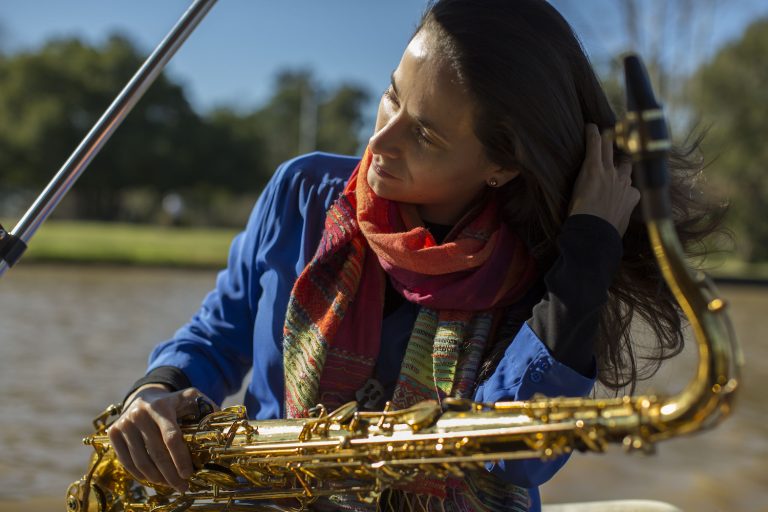 On every 3rd May (Cruz de Mayo) the town of Chupaca in Peru’s Junín region is taken over by saxophones. On this holiday 31 orchestras parade the streets, each containing 16 saxophones, passing from fiesta to fiesta, their endurance is legendary. It’s a festivity known as Los Shapish, named after the folkloric warrior dance that accompanies the sounds of sax. When Peruvian singer and saxophonist Carolina Aráoz visited the festival she called it “Disneyland for Saxophonists”.

On this video we get to see Carolina explore the festival as well as meet a group of local girls who she talks to and performs with, showing them that it is possible for women to become a part of this festival, which has traditionally seen the role of saxophonist dominated by men.

Carolina Aráoz is a Peruvian musician who has lived in Lima, Texas and New York, and now resides in Spain. In 2018 she collaborated with Snarky Puppy and Susana Baca in a recording session which proved a catalyst for Aráoz to further delve into her Peruvian roots with her latest single, “Calma” (available to listen below), the first fruits of this creative endeavour.

You can watch Carolina’s exploration of the Los Shapish festival below:
https://vimeo.com/283412402

Listen to “Calma”, a song originally written and released by the Brazilian inspired jazz-house outfit Bah Samba, below. On her version, Aráoz underpins the track with the Afro-Peruvian festejo rhythm.