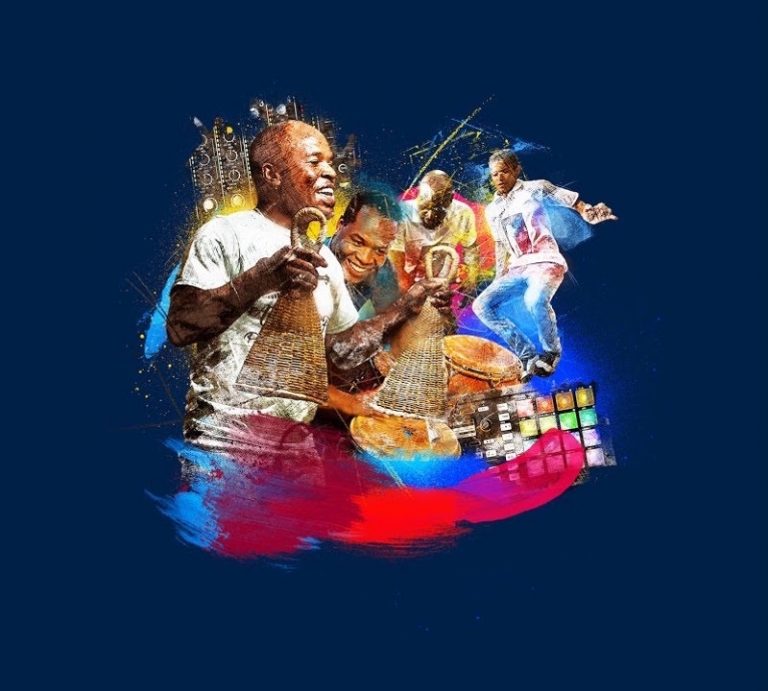 This week, the Red Bull Music Academy released an 18-minute documentary short entitled, Afro-Peruvian Beats. Directed by Peruvian film-maker Tito Cabellos (Hija de la Laguna), the film is set in El Carmen, a town in the Chincha province that is described as the capital of Peru’s afrodescendiente population.

There, the Ballumbrosio family carries on the musical traditions passed down by Amador Ballumbrosio, a legendary figure in Afro-Peruvian music who died in 2009. Amador, affectionately known as Champita, is credited with rescuing many of the nearly forgotten Afro-Peruvian traditions and teaching them to the younger generations.

His son Miguel is one of seven members of the Ballumbrosio family to appear in the film. Together, they introduce many of the traditional Afro-Peruvian instruments (cajón, quijada, etc.), and traditional rhythms and dances, including their version of zapateo, or stamp dancing.

At one point, Miguel stands on a plot of land where the Centro Cultural de Amador Ballumbrosio (the Amador Ballumbrosio Cultural Center) will someday be erected. For now, however, it is the Ballumbrosio home that is considered an unofficial hub for traditional Afro-Peruvian music, with visitors coming from around the world, a pilgrimage of sorts as Miguel explains.

The overall purpose of the film is to document the collaboration between the Ballumbrosio family and several electronic music producers. Matías Aguayo (Chile), Branko (Portugal), and Dengue Dengue Dengue! (Felipe Salmón and Rafael Pereira, Perú) arrive in El Carmen just in time for Carnival Negro, the largest black cultural event in Peru. Later, they each talk a little about their approach to music production, as well as address the challenges of incorporating traditional sounds into their music.

In the end, it is fusion, according to Miguel, that is the best way of preserving Afro-Peruvian culture.“It is a way of arriving at new openings,” he says. Check out the full documentary streaming below: