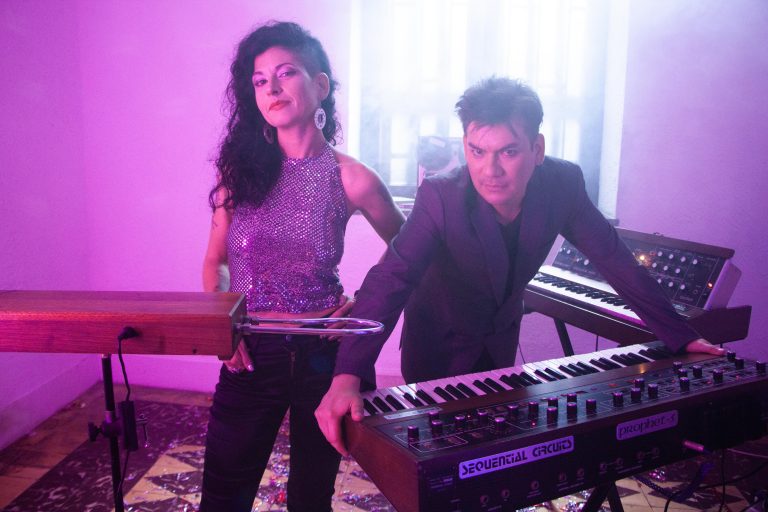 Kozmik Café is a new project in Lima’s music scene, but that does not take away the title of veterans from its members. For more than two decades Veronik and Dante Gonzales have been part of multiple projects related to the respective specialities: she is one of the most respectable names in Peruvian alternative rock and he, both under the stage lights and as a producer, has participated in multiple electronic music projects.

“Voraz”, the first single from the duo, is a direct example of what can be achieved by joining forces. The song could be classified as danceable synth-pop with playful moments, but it would be wrong to leave it with just these superficial attributes. “Voraz” has layers of density and darkness that end up enriching and revealing a communion between the diverse styles from which both musicians come. Devo meets Depeche Mode, for those who need more references.

The song is accompanied by a video, directed by film director Dana Bonilla, under her audiovisual label PAI, in which lighting and smoke help to capture the energy and connection between Dante and Veronik as musicians on stage.

You can watch and listen to this exclusive premiere right here: