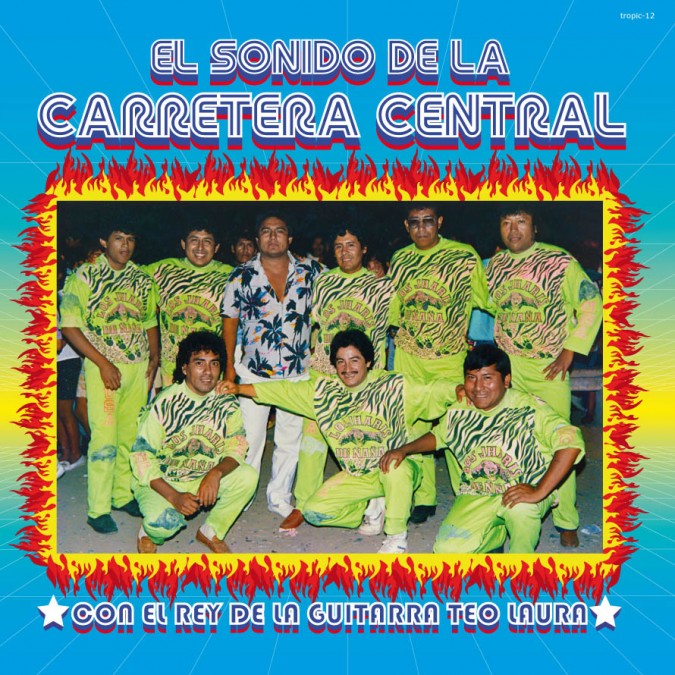 There’s something inherently romantic about the open road that has for a long time made it a favourite point of reference for musicians and filmmakers. The wandering beat poets, the young Bob Dylan, visionary acid casualties like Jimi Hendrix and Dennis Hopper, the surrealist cinema of David Lynch: titans of modern culture whose artistic output is loaded with stylised imagery of the ‘highway’, the last bastion of freedom and independence, the notions of escapism, the traveller, the nomad.

From a British point of view, it has to be said that the ‘motorway’ just doesn’t crack it like the ‘highway’. The dreamy idealism of speeding into the desert sunset seems to lose its way somewhat when one transplants the setting to the dull monotony of the British motorway. I should know. I’ve driven along the M3 between Southampton and London about a million times. And I’ve seen Easy Rider. They’re not the same. Put it this way: do you think that if Bob Dylan had been born in Maidstone instead of Minnesota, and his most famous album was ‘The M20 Revisited’ rather than ‘Highway 61 Revisited’, he would have got to where he is today?

Shifting continent now to a new compilation, El Sonido de La Carretera Central , which uses classic ‘highway’ mysticism to give the record that same aura of liberty and youth that is so enshrined in popular culture. The Carretera Central of Peru stretches from the Pacific coasts of Lima into the Andes Mountains and the city of La Oroya. In spite of La Oroya bearing the dubious distinction of being one of the ten most polluted cities on the planet, it is a route that is infinitely more enigmatic than the carretera of my own youth, which bypasses Eastleigh, Basingstoke and Fleet Services.

El Sonido de La Carretera Central (The Sound of The Central Highway) is a collection of twelve Peruvian rock ‘n’ roll cumbias spanning the period 1973–85, a mixture of original and cover, and vigorously arranged and delivered by one of the kings of seventies psychedelic and surf guitar in the country, Teo Laura Amao. At the forefront of the chicha explosion of the late hippy era, Teo Laura epitomises the sound that merged Latin rhythms, themselves often rooted in African tradition, with the US and British rock scenes. The amalgamation of these distinct styles created something that was chaotically colourful, wildly danceable, and deliciously rebellious.

In a mightily impressive demonstration of the tentacle-like influence of one man’s guitar playing, the record features the likes of Los Sanders, Costa Azul, Los Blue Kings and Los Jharis, all of which were in one way or another connected to Teo Laura. Things kick off with Los Blue Kings’ ‘El Rey Loco’ which firmly cocks the chicha trigger with the twanging lead guitar and raw production that are such distinguishing features of the genre. Throughout the record electric guitar and organ vie to lead the way, by turn writhing and contorting their way over a skittering percussion section. Spookily trippy Hammond gives way to full on funk wah-wah and the sound is one that veers from US-style soul, such as in ‘Si Ya Te Vas’ from Los Sanders, to tropical Latin trippiness in Conjunto Luz Roja’s ‘El Borrachito Peruano’, while making space to take off on several grooves in between.

The Beatles’ ‘With Love from Me to You’ gets a reworking in ‘El Sha La La’ from Cielo Gris before the song descends into a typically swirling affirmation of aching love. Affairs of the heart provide source material for the majority of the songs here, and a key characteristic of the sound is the strikingly mournful and heartfelt vocals that bring an emotive edge to the far-out musical revelry. The nod to The Beatles and some English vocals in other places reemphasises the influence of foreign-born, big league rock ‘n’ roll and suggests an eagerness to infuse the chicha sound with a wider appeal.

Yet overall there is an undisputably South American identity to what’s going on here. Los Sanders are the main players on the record, contributing seven of the dozen tunes, and their ‘Recuerdos’ and ‘Hoy Te Toca Sufrir’ swelter with tropical humidity. Strip away the guitar and organ of Los Jharis’ ‘Los Hombres También Lloran’ and replace them with some panpipes, and there are the unmistakable melodies of Andean folk music. It gives clear signs of the evolution of local musical styles that merged with globally dominant external elements as Peruvian musicians sought to reenergise their sound without losing sight of their own traditions. It didn’t just work well, it launched Peruvian music through the stratosphere and created a national sound of thrilling decadence and captivating passion.

Having said all that, it is not the open road that is most evoked by El Sonido de La Carretera Central, which seethes with a more urban energy. This is the spirit of the Lima barrio, the fired-up collision of densely-packed humanity and the organic roots of Peruvian culture, and the musical tempest that was created within the working class neighbourhoods from which these bands emerged. A great record that encapsulates the sensational verve of one of South American music’s most striking sub-genres, this is highly recommended.