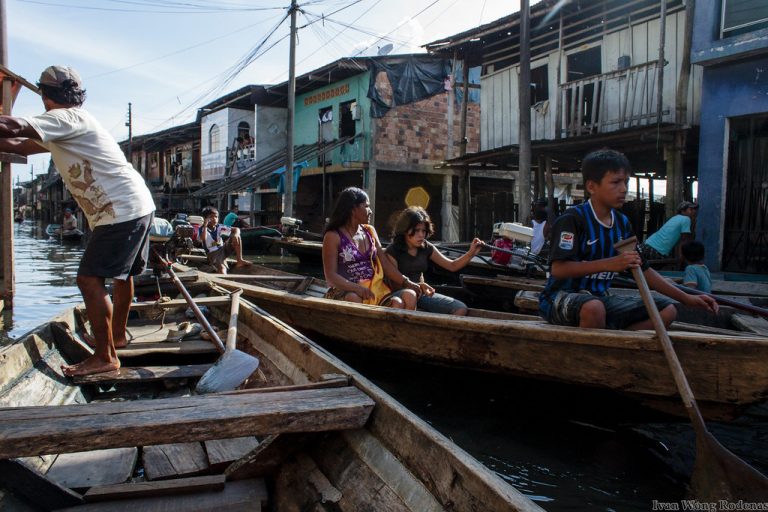 Help Support The Relief Effort in Iquitos, A City Devastated by the Coronavirus Crisis

Peru has become the country in Latin America with the second largest number of cases of coronavirus, reflecting a troubling situation for the country, with cases still increasing. This situation is magnified in Iquitos, the Amazonian city which had only recently recovered from a dengue fever outbreak, whose many inhabitants live in poverty, and which, due to its geographic isolation, relies on supplies being delivered by air.

Amongst the deaths caused by COVID-19, many of which have simply been due to lack of oxygen or medical supplies, have been the brothers Jairo ‘Didi’ and Emerson Sanchez from the Peruvian cumbia band Los Wembler’s de Iquitos, who only last year released a new album on Barbes Records.

Although not as a direct result of coronavirus, Raul Llerena, a cumbia musician, educator and local politician better known as Ranil, also lost his life. Together with his group, Ranil Y Su Conjunto Tropical, a compilation of his best recordings had come out on Analog Africa in March of this year, and it was while Analog Africa owner Samy Ben Redjeb was on his way to see Ranil to give him copies of this new compilation that Samy discovered he would never get to hand them over in person.

As a result, Analog Africa, along with Eck Echo Berlin, Dengue Dengue Dengue! and others, have co-ordinated the SOS Iquitos – Amazonía Relief Fund campaign to help with the supply of medical and essential supplies to those who need it most in Iquitos. Other partners for the campaign include Names You Can Trust, Shika Shika, Barbes Records, Radical Sounds Latin American, Coco Maria, as well as Sounds and Colours.

All money raised will be donated to Vicariato Apostólico de Iquitos, a small organisation in the city who are on a crusade to provide sanitary and medical aid to those who need it, including vital equipment such as oxygen flasks.

You can donate money directly to the campaign’s GoFundMe page, where perks such as vinyl from Analog Africa, Dengue Dengue Dengue!, Shika Shika, and Eck Echo are also available.