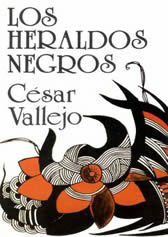 Human Potential: The Life and Work of César Vallejo

As the world continues to grow and expand at what seems like an unimaginable rate, so do our relationships. And it is these relationships, which we rely on heavily, that spawn our need to feel accepted and loved. Yet with the rapid expansion of our societies, it seems almost impossible to discover that kind of sublime euphoria of brotherhood — our responsibility to care for others, as well as be cared for, has inflated in the globalised world, and can seem like an overwhelming burden.

I felt this way myself when I was teaching English in Peru; there are so many people, including ourselves, who are searching for solace in their fellow human being, and is it truly possible that everyone in the world can turn to one another? Feeling somewhat overpowered by this burgeoning question, I spoke to my host father with whom I was staying. Before he even gave me a reply, he raced to his office and gave me a book: César Vallejo’s Poemas Humanos. He looked at me and quoted Vallejo’s epitaph: “There is much to do, brothers.”

As my host father showed me, it can be possible to find solace in the written word, even in the most ancient of texts. And if we turn back about a hundred years, the answer — or at least hope for this kind of brotherhood — lies in the work of the Peruvian poet César Vallejo. According to the late world literature scholar, Martin Seymour-Smith, Vallejo is “the greatest twentieth century poet in any language.” Perhaps this statement may appear to be a bit hyperbolic — but after reading some of Vallejo’s works, it would be difficult to say otherwise.

César Abraham Vallejo Mendoza was born on March 16, 1892 in a village in the Peruvian Andes, Santiago de Chuco. He was the youngest of eleven children, and even at a young age, the poet understood the meaning of hardship. To provide for him and his family, Vallejo worked on a sugar plantation, and it was here where he experienced firsthand the mistreatment of the farm workers — something which only deepened his understanding of the human condition. Eventually, Vallejo earned his way to the Universidad de Trujillo, where he studied literature and involved himself with the bohemian lifestyle, including the Peruvian socialist party, Alianza Popular Revolucionara Americana (APRA). It was there in Trujillo where he reflected upon his past, as well as the shortcomings that accompanied it, and wrote some of his first poems. Inspired by fellow Peruvian poet, Manuel González Prada, Vallejo put these pieces together after graduating in 1915 and published his first book of poetry, Los Heraldos Negros, a few years later in 1919.

Of all of the works that Vallejo published during his lifetime, this was perhaps his best, and most well received piece. The title is a biblical reference to The Four Horseman of the Apocalypse, a nod towards what Vallejo saw as the degradation of human kind. This is a sentiment which we can easily relate to now: it was only a little while ago that someone predicted the rapture, and it’s not much longer until the “end of the world” in 2012, according to some people’s observances of the Mayan calendar. While at times these predictions seem facetious, today’s world still has its doubts about our progression in humanity, much like Vallejo implies in Los Heraldos Negros. This work of Vallejo’s, including the opening poem of the same name, express a feeling similar to which I was experiencing in Peru — the unending strife that is utterly inescapable: “Hay golpes en la vida, tan fuertes… Yo no sé! / There are in life such hard blows… I don’t know!” I imagine at this point, the Peruvian poet’s perspective looked bleak, as if he could have no idea how to express an idea of togetherness, especially if the title of his first book of poetry is a reference to the apocalypse. But despite the destructive connotations, Vallejo continues to paint a world where the suffering that we experience is softened by the love that we extend to one another. Vallejo published two other works of poetry, as well as short works of drama, before his passing in 1938 in France. Still a bleak feeling in Vallejo, I know — but his legacy did not end with his death. As if speaking to the world from beyond the grave, Vallejo’s wife, Georgette, published a collection of works by her late husband, who had told her he was working on a collection of “human poems.” This brings us to the book of poetry, which I had previously mentioned; a collection of works which I will never forget, nor stop reading for consolation. In the aptly named Poemas Humanos (Human Poems), Vallejo writes to not only highlight the sufferings of humankind, as he did in Los Heraldos Negros, but also to show how we can all come together, to bring ourselves out of darkness and destruction.

Take Vallejo’s poem, “Masa (Masses),” for example. In this piece, the poet highlights the obstructive attitude of man, describing the remains of a battle scene; throughout the scene, a man lays dead on the battlefield, and despite each time someone trying to do something to help the man, he remains unmoved: “Pero el cadáver, ¡ay! siguió muriendo / Oh! But the dead body continues dying.” This dire situation only resolves itself at the end of the poem, when everyone in the world joins in helping the dead man, and through this, the dead man rises: “abrazó al primer hombre; echóse a andar / he embraced the first man; he rose to walk.” Though it is a posthumous work, Vallejo saw the good in humans, despite all of our follies, and our ability to link together to help those in need.

Our globalised society can seem burdensome and our responsibility to help others only grows larger each day. Yet if we look to help from one another, we can achieve unimaginable things — maybe not resurrection, as Vallejo’s poem describes, but our potential to do amazing things remains nonetheless. With the words on his gravestone, Vallejo still leaves us to think about how much we can accomplish: “There is much to do, brothers.”