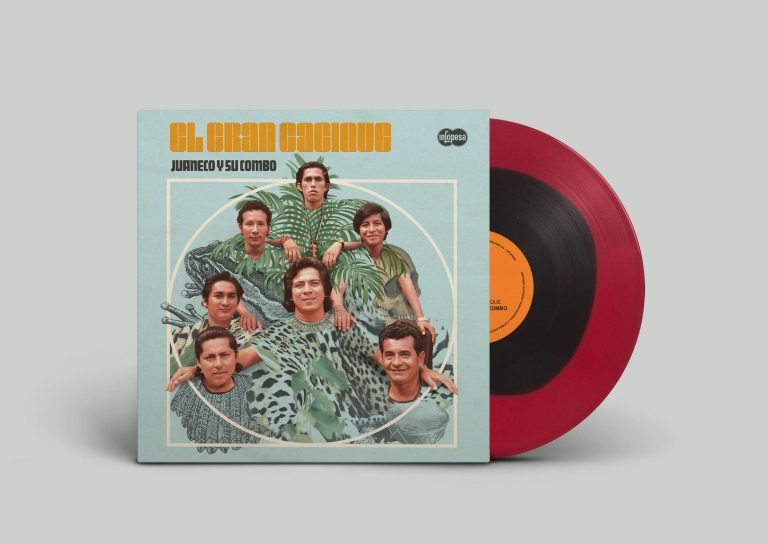 Back in 1972, Juan Wong Popilizio and his friend Noe Fachín signed to the Peruvian record label Infopesa to release their first full-length, an album called El Gran Cacique, which was also the nickname of their bandleader. Little did they know that this was going to become a piece of Peruvian tropical musical history.

Juaneco y Su Combo are now an institution, and some of the songs on the album have become world music classics. On their debut, they broke hits like “Mujer Hilandera”, the Spanish cover of a famous Brazilian song “Mulher Rendeira”, and the psychedelic number “Vacilando Con Ayahuasca”, an instrumental cumbia that defined the iconic Peruvian cumbia (aka chicha) sound.

46 years later, the resurrected Infopesa repressed the vinyl, with remastered audio taken from the analog tapes by Aldo Montalvo under the eye of Juan Ricardo and Alberto Maraví, who supervised the original mastering in 1972. The package is beautifully designed with new reworking of the original artwork by collage artist Yerko Zlatar.