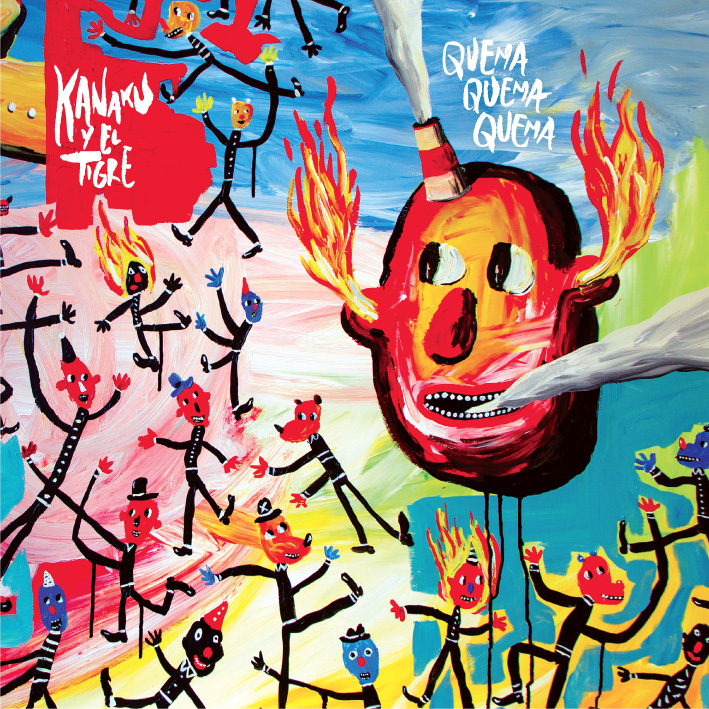 Peruvian folk duo Kanaku Y El Tigre are back with a new album and hoping to build on the success of their debut, Caracoles. That album was built around guitars with a strong folk flavour, revealing influences like Devandra Banhart, Bob Dylan and Beirut. Their second album, which will be called Quema Quema Quema promises a progression in the duo’s sound with additional electronic textures.

“Bubucelas” is the first track to be released from the album and gently suggests the group’s new direction. You can download “Bubucelas” from official.fm/tracks/d2D5, watch the video on YouTube (requires email address) or listen below:
[soundcloud url=”https://api.soundcloud.com/tracks/194051491″ params=”color=ff5500&auto_play=false&hide_related=false&show_comments=true&show_user=true&show_reposts=false” width=”100%” height=”166″ iframe=”true” /]