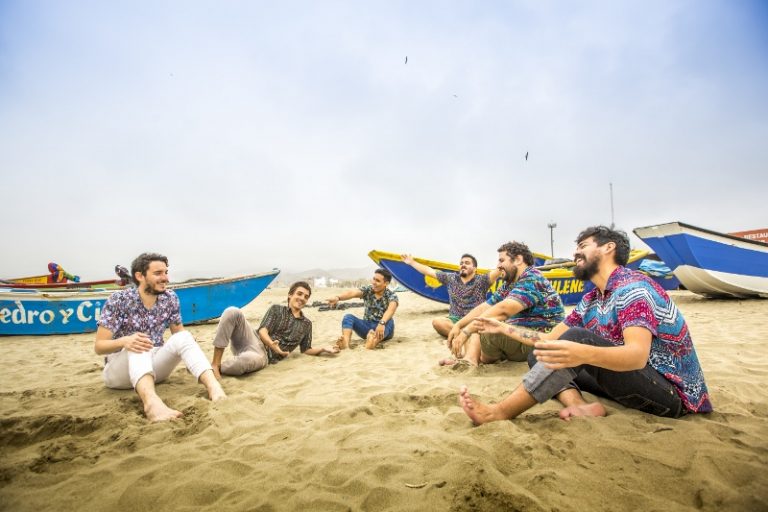 After the great national success of their previous album, Quién Es Quién, Olaya Sound System have strengthened their sound. Moving forward from the dub experiments of their first albums to Latin fusion compositions that have earned them a bigger audience in their country and taken them on tours to other cities around Latin America. Nowadays, the band is one of the most promising in the ever-growing musical scene from Peru.

The album has already had two promotional videos, the first of them being “Quiero Que Llueva”, which showed them recording in the studio and their energetic live performances with fans jumping around. The one for “Agua De Manantial” was just released a couple days ago. Directed by Walter Álvarez, it offers a reconnection with nature, which is inline with the concept of the song, drawing elements from Andean folklore and cumbia.

Now they have released the full album stream on Spotify, setting the mood for what will be the launch party this weekend in Lima, with guests including Barrio Calavera, La Nueva Invasión and a DJ set from Tribilin Sound.