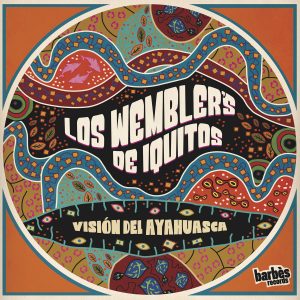 The worldwide thirst for Peruvian cumbia is showing no signs of stopping with countless bands uniting that irresistible cumbia beat with gnarly lead guitar and probing melodies, but curiously there have been few Peruvian groups stepping up to the plate (Bareto and Cumbia All-Stars being notable exceptions). Which is why it’s great to have Los Wembler’s de Iquitos back doing what they do best.

Salomón Sánchez Saavedra, a shoemaker and evangelical minister in Iquitos, formed the group back in 1968 with five of his sons. By the time the group released their first album, Al Ritmo de Los Wembler’s, in 1971 they were ready to ride the wave of popularity that was surging for cumbia in Lima, and they would continue riding it well into the 80s. As opposed to the groups that were forming in Lima, Los Wembler’s offered something a little different: the cumbia selvática or cumbia amazónica sound. It was a more psychedelic take on the genre, informed by nature, ayahuasca and unruly Amazon-set parties, that helped it stand out from the crowd, and Los Wembler’s were masters of the genre.

Their father has since passed, but the Sánchez brothers are still going strong on this first return to the recording studio since the 80s, following on from the group returning to the stage earlier this decade.

The album starts off with “Lamento Selvatico”, a classic slice of cumbia selvática that keeps the rhythm steady with the lead guitar melody searing itself into the mind. A mimicking bird call and vocals in typical Los Wembler’s style with excited verses followed by yelps and burst of enthusiasm all par for the course. It’s followed by the title track, “Visión del Auahuasca”, with a swinging guitar riff, once more boosted by vocal groans that make it clear these lot still mean business.

The album was recorded in France in just three days and there is certainly a raw quality to the songs. On “Los Wembler’s Para El Mundo” and “El Puente de Aguaytia” there is an almighty gallop, the pace quickening substantially, with both tracks destined to be live favourites, especially considering they’ve got some damn catchy melodies and cowbells too. Yet, they also offer something different on the slow songs too, “Un Amor Que Se Va” showing a nice variation between the two vocalists and with a woozy, psychedelic main guitar, it’s thoroughly intoxicating.

The album feels especially welcome considering it marks a circular narrative for both Los Wembler’s and the album’s producer Olivier Conan. It was Conan who is partly responsible for the Peruvian cumbia craze, having compiled The Roots of Chicha in 2007 and then The Roots of Chicha 2 in 2010, the latter of which featured Los Wembler’s. Both albums were pivotal in awakening Peruvians to the musical gold that was in their backyard (and which had fallen out of the public consciousness) as well as setting off the chicha craze globally. By putting Los Wembler’s back on the map as a band still capable of mining that deep cumbia love, it adds a sweet personal touch, for both the band and Conan, to what can sometimes feel like the detached, nostalgia-baiting and commercial world of the reissue market.

The heyday of Peruvian cumbia may have gone, but Los Wembler’s prove that they are still capable of reaching those heights again. As most of their recorded output is not easily available, Visión del Ayahuasca is an essential new record for any fan of cumbia or delinquent rock ‘n’ roll.

Visión del Ayahuasca is released by Barbès Records and available from Bandcamp.