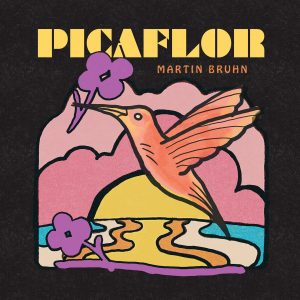 It’s been five years since the label Shika Shika, led by musicians Barrio Lindo and El Búho, inaugurated a catalogue that defined the downtempo sound of the previous decade. Over 50 releases later, including a constant supply of nature conservation projects and social causes that inspired us to keep our faith in humanity, the Shika crew enters the new decade with a secure grip on how to steer the reins of global music to higher terrains.

And this is exactly what we get with their latest release Picaflor by Argentinian percussionist Martin Bruhn, a fresh venture into the fertile grasslands of the Peruvian Mantaro Valley, home of the proud Wanka people and the music equivalent to Jamaica as a holy birthplace to many contemporary Andean riddims, particularly the widely celebrated genres of huayno and chicha.

Picaflor does not limit itself to a PG-13 rendition of Peruvian music. Rather it innovates as much as it pays respect: “This album represents the constant search for my own carnival and this time I am happy to invite the rest of the world to join this great fiesta”, writes Martin in the LP’s accompanying liner notes.

Martin, originally from the city of Córdoba, had been embarking on several tours working as percussionist for Argentinian rock legend Andrés Calamaro. It was during the Peruvian legs of these circuits that he came into contact with huayno and other Peruvian styles. An avid collector of old records, he became infatuated by the cover photographs of the LPs he acquired, forecasting the richness and variety of their musical contents. However his obsession for this music was nurtured from his early childhood. In the artists’ own “words to the country of Peru”:

“I discovered Peruvian music from an early age since our family record collection included entries by Chabuca Granda, Oscar Aviles and Embajadores Criollos. Shortly thereafter I was captivated by the more Afro-oriented styles with the likes of Zambo Cavero, Peru Negro, Lucila Campos and Caitro Soto. The strength of the percussive elements and the similarities to folkloric Argentinian music caught my attention, though I still had not learned about the uniqueness of the music from the Mantaro Valley.

I came in contact with that style for the first time with Picaflor de los Andes. Fascinated I was by its sonorities, the saxophones, clarinets, violins and harps, fused with rhythmic patterns that were a complete novelty to my ears. Above all, the ‘popular’ element stood out. Music that is gestated in the streets, at open dances, festivities, music by and for the people.”

Finally there’s the subject matter itself: the music. Overtly intended as a homage to the songs that captivated Martin Bruhn’s soul – some of them clearly recognisable in name and shape such as the track “Cariñito” – this is a truly personal album and one which developed from the hybrid dynamics of both close and remote collaborations. The point of departure was a structured collection of studio sessions between Martin, laying down his extensive percussive work, and his close friend Leandro Guffanti playing saxophone and clarinet – both essential instruments of the Mantaro sound since the arrival of European “big band” music in the 1940s, an unexpected and rather beneficial import from the British/American mining corporations. The resulting sessions later underwent several arrangement processes by incorporating contributions from musicians from all walks of life who sent their recorded parts, violin, claps, vocals, double-bass and mandolin among others, to provide the final coating of the songs.

Perhaps the most striking element of the album is Martin’s own rendition of the reverberating sound that reflects the natural environment of town festivities at higher altitudes, a magical formula painstakingly achieved through overdubs and the breathing presence of a space-echo delay. Even while sitting behind a mixing desk in the Balearic island of Ibiza, songs such as “Pollerita” and “Akuie” transport us ever so reliably to a dim-lit bodega out in the countryside, where we hear the trails of an impromptu band approaching from the street corners.

Picaflor ultimately may serve as a moral story to counter the current sentiments around the term “cultural appropriation”, which gets thrown around aimlessly like a bad hail of poison darts. For those, like Martin Bruhn, whose heart is in the right place, music is a shared, multilateral experience and everybody is welcome to join in.