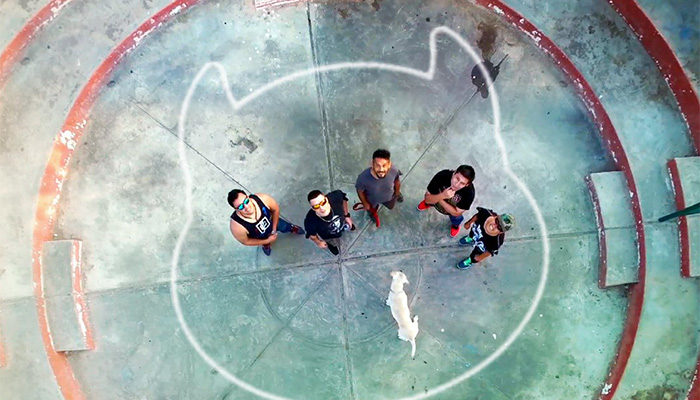 Native Instruments today launched a new website for everything global bass. Titled Tropical Frequencies, the site has burst into full colour with two new mini-documentaries on digital cumbia from Peru, one showcasing the Terror Negro collective, and the other taking a look at a collaboration between Dengue Dengue Dengue! and Los Wembler’s de Iquitos.

It is on Poder Verde: An Amazonian Exchange that we see Dengue Dengue Dengue! take a trip to Iquitos in the heart of the Peruvian Amazon to record one of the most legendary groups of cumbia selvática (aka psychedelic cumbia), Los Wembler’s de Iquitos, for a new colleboration. The video is a good primer to understand the role of cumbia in Peru as well as these two groups from very different eras. Watch Poder Verde below:

The other of Native Instrument’s new videos is a profile of the Terror Negro collective who have been instrumental in creating the digital cumbia scene in Lima, a scene that was highlighted on Tiger’s Milk Records’ Peru Boom compilation from last year.

This collective, whose members include Deltatron, Tribilin Sound, Pe Garcia, Loko Bono, Elegante y La Imperial, Chakruna, Qechuaboi, Dr. Paniko and Sonidos Profundos, have been responsible for releasing a wide variety of material influenced by cumbia and other electronic music, as well as putting on some of the finest underground electronic music events in Peru. Check out Tropical Frequencies: Terror Negro below:

Also see the Tropical Frequencies website for other documentaries about underground bass music in Colombia and Mexico, as well as events and remix competitions.