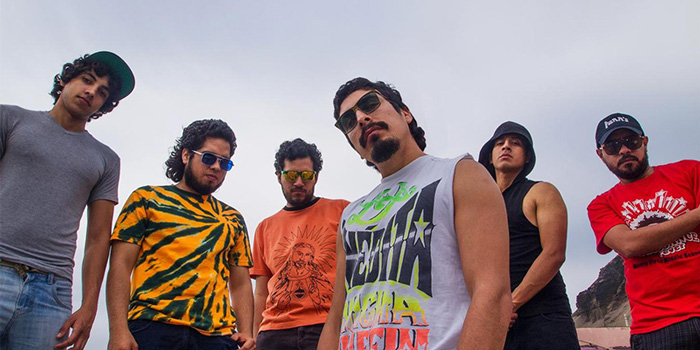 Peru’s La Inédita, whose sound takes in influences from reggae, raggamuffin, rock, electro and hip-hop, though which has been dubbed “chichamuffin” by the group itself, will be heading off on an expansive US tour this summer.

The tour will start on June 3rd in Boston, MA and will take in 12 states and 20 cities in total before ending in New York in mid-July. Check out the tour poster at the bottom of the page for all of the details.

Last month the group released a new song and video, “Ya Mucho Roche (Otorongos)”, which vents anger at the corruption that has been present, and is still present, in Peruvian politics, though doing so in one of the most upbeat and danceable ways imaginable:

The group are currently working on their second album, following up 2012’s debut Chichamuffin, which is still available for free download from their website lainedita.com.

Details of the gigs on their upcoming US tour are below: 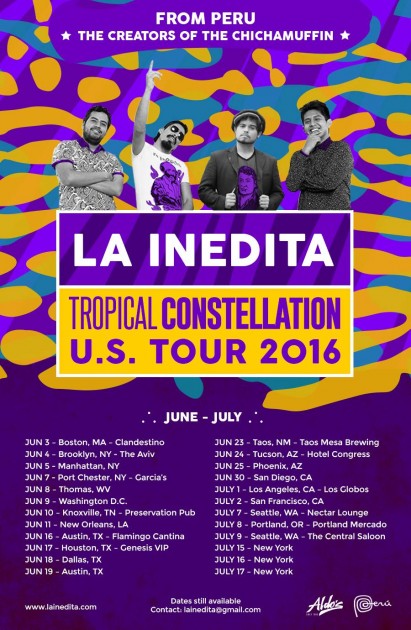