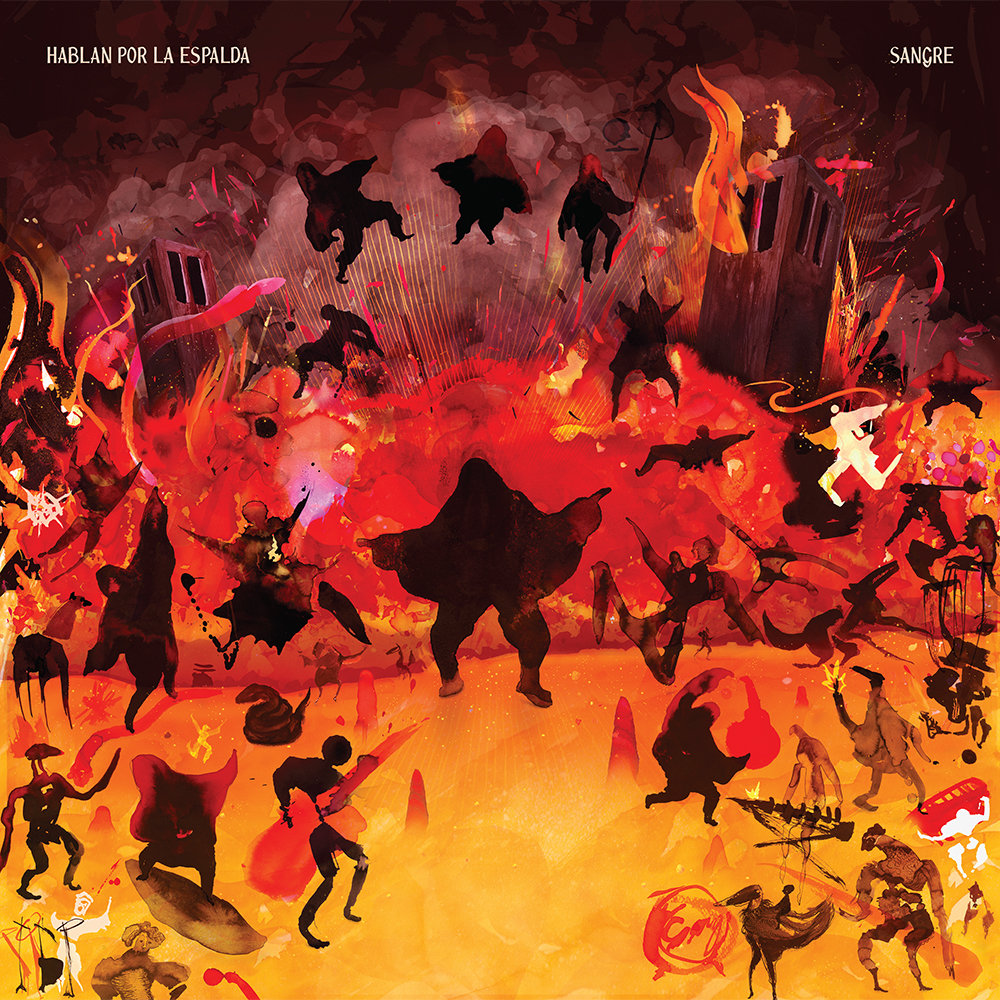 Sometimes local bands can be like milanesas, everyone thinks theirs is the best. But I know that this album hit a tone that resonates with the city I live in here in Montevideo, just as I know my grandma’s cooking is the best. Hablan Por La Espalda‘s history goes all the way back to the 90s, in which time they’ve put out six albums. No longer post punk or garage psych, these days they prefer being called by their name, just like anybody else doing their thing.

Listening to HPLE is like riding your bike on a warm night down the street and hearing your neighbours’ bands rehearse in their basements, the rumbling of candombe drums as the community paces up the street dancing, mixing together with some plena or cumbia from an old VW Beetle. They have this way of luring you in with these melodic chord progressions and drawn out chaotic passages strung together on a keyboard that are structured just enough for you to listen to this guy spilling his heart out on wax. They put out a cassette too. Probably because it’s Uruguay and that blue VW Beetle I was talking about still has a cassette player.

And as it happens on the other side of the quotidian summer analogy with the bicycle and and all that, comes the winter. Life such as it is when the days get shorter and the nights get longer. Sometimes it gets real grey here in Montevideo. Picture old art deco houses with three-metre-high ceilings nearly impossible to heat up. The gas company is on strike, and you’ve just crawled out of bed to make some mate. When your job doesn’t pay enough, the bus fare hikes and all you want to do is go to the show on Friday. HPLE is that band you never heard but somehow made total sense just when you needed it most. What makes this album great is the variety of tempos and moods it explores through their concoction of tropical blues and straight up rock and roll. It’s like being torn in half between living a regular life and falling into despair and self destructive behaviour. Between moving back in with your folks or upping the ante. This album encompasses what it’s like to be from Uruguay.

I would recommend giving this album a listen and if you like it it’s worth going through their discography and seeing where they’re coming from as a band. It takes a special appreciation as a listener to put the pieces together and hear what they have to say. What I mean is, the cover art, the album and song titles, content and live performance attitude look and sound as carefully crafted as they do de-constructed and edgy, and that’s their brand. Add in the social context and more than 10 years of experience and you get Sangre.