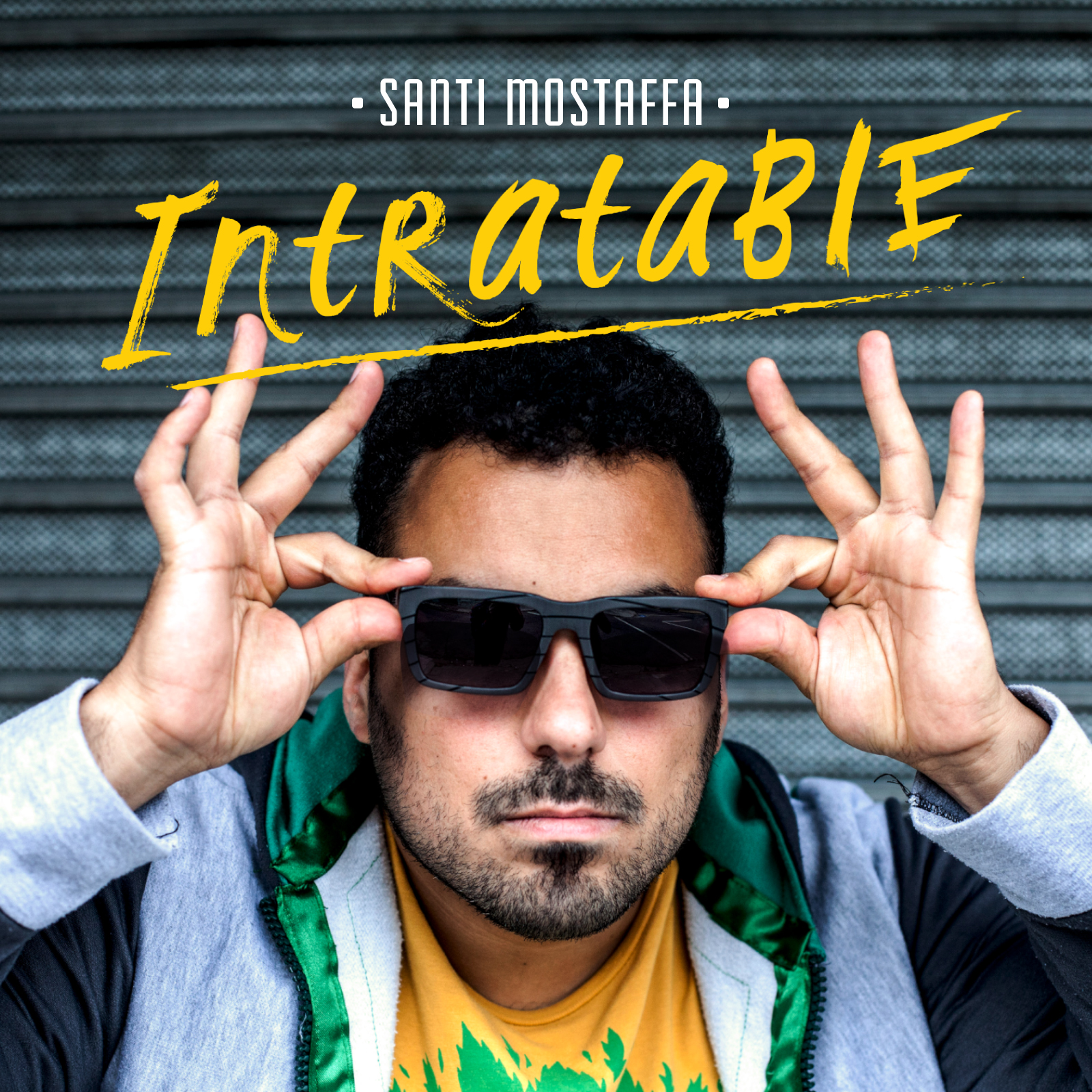 Intratable. It’s an album title that can appeal to any self respecting hip-hop community here in Uruguay, Latin America, or the rest of the world. Despite there being a never-ending flow of hip-hop in English, it’s been a long time since Uruguay put out any rap of note – Peyote Asesino in the 90s and Contra Las Cuerdas in the late 00s – being the last examples, but Santi raises the bar here, showing with Intratable his dedication to the art of hip-hop.

The album is varied in subject matter, rhythms and sounds. On one hand you got funky dance elements on an old school soundbank and on the other, catchy singalong bridges and choruses. We get to hear Santi show off his storytelling skills and quick punchline verses. Somebody more critical than myself might say it’s borderline generic hip-hop, but clearly boasting talent that he’s been honing for some time now with a real local flavour, metaphorically speaking, referencing Uruguayan inside jokes like Clight powdered-fruit drink.

Nothing says socially-conscious hip-hop like a shout out to René Descartes in “Pienso Después Existo”, despite being a sort of love song slash ode to life and self respect. You have to give credit where it’s due, here’s an artist bent on mixing activism and philosophy in hip-hop. It’s worth mentioning the close voter turnout in a law that aimed to lower the age of culpability of juvenile delinquents that was undoubtedly affected by Santi’s activism displayed in “Nada Crece A La Sombra” with Gonzalo Brown and Gamboa. The law eventually didn’t pass because of a grass roots movement against it that you could hear from the streets. People really banged that song. I know I did.

Thankfully we get to see Gonzalo Brown and Gamboa again in “Piedra Rodante” which is my personal favourite on the album. By the way, the video is great and the song, better. Santi attempts to bridge the gap between creative word puzzles showing us bits and pieces of a life in Montevideo and the reality we all share. Sure that might be a recurring motif in this album but at the same time that probably holds true for almost every hip-hop album. And to be honest, you’re probably just as interested in Uruguay if not more after hearing this album and that’s not bad for an upcoming artist trying to rep his city.

On the other hand, it’s hard to listen to the album without being at least somewhat critical of its tedious structure of raps on beats with little to no variation within the songs. Santi takes us back to the early days of hip-hop with the one DJ and one MC sound, but without being at the forefront of hip-hop culture. The seemingly innocuous passion for cut and dry rhyme after rhyme sloppily pasted on repetitive beats undermines the socially-aware undertones with standard issue clichés and run of the mill hip-hop braggadocio. Points for effort. Penalties for lack thereof. It’s hard to tell, because it’s really a matter of perspective. At the end of the day, music is all about expression and critique. Enjoy.

Intratable is available from Amazon UK, Amazon US and iTunes