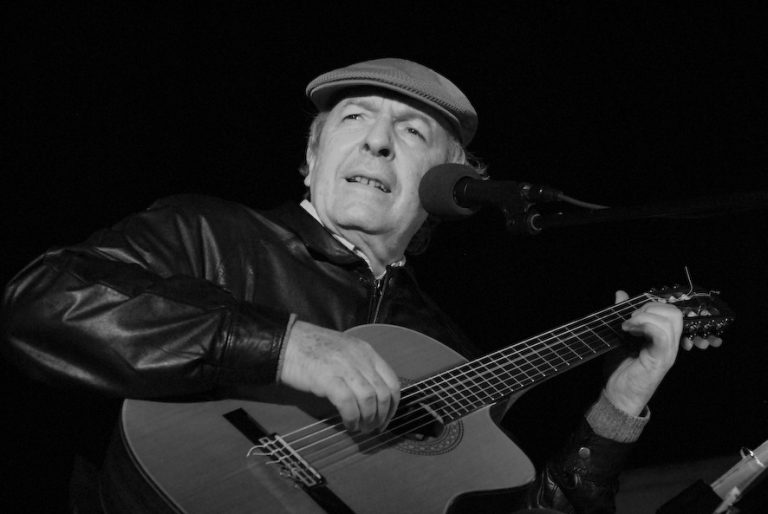 The iconic folk singer and guitarist Daniel Viglietti passed away this Monday in Montevideo at the age of 78. Viglietti was a member of a new wave of Iberian American artists that emerged in the 60s and 70s known for the style nueva canción (new song). This movement was as much a social movement as it was musical, coupling calls for social change with folk music. It became a powerful force against fascism and the dictatorships that were dominant during this time. In 1972 the Uruguayan government jailed Viglietti as a part of a larger effort to repress leftist movements and voices. A campaign to liberate the artist ensued, led by prominent figures such as Jean Paul Sartre and Julio Cortázar, a testament to his reach and influence.

After being freed, Viglietti lived in exile in Argentina and then France, while continuing to perform and denounce the dictatorship in his country as well as other dictatorships throughout Latin America. His exile ended in 1984, when Viglietti finally returned to Montevideo as democratic elections were held. He then recorded A Dos Voces in 1985 with fellow Uruguayan exile and poet Mario Benedetti, an emotional reflection on the period of exile the two shared.

Viglietti’s music and activism transcended the Uruguayan scene and he became renowned throughout Latin America. Below is a link to a brief selection of his work, including his most famous song, “A Desalambrar”, where Viglietti calls out “A desalambrar a desalambrar/ Que la tierra es mia, tuya y de aquel/ De Pedro y Maria de Juan y Jose.” (Translation: Tear down the fences, tear down the fences/ For this land is mine, and yours, and whoever’s/ Pedro’s, Maria’s, Juan and Jose’s).