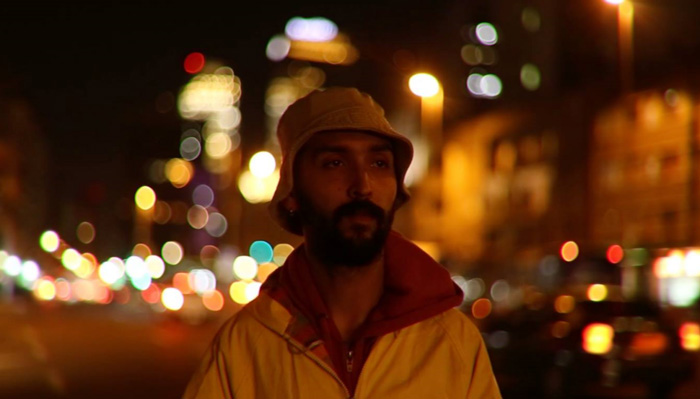 After the infamous earthquake that hit Chile in 2010, Concepción, one of the most damaged cities, woke up to a new scene of people trying to make a creative statement and opening new spaces of creation. The seismic activity not only shook the land, but also changed the curse of one of the most rocker regions of Chile, the place where Los Bunkers and Los Tres got together. Now, people wanted to make music that broke the frontiers of genres and styles.

Discos Cetaceos became a point of convergence where diverse electronic approaches changed the face of the underground sound of Concepción. Pablo Romero was one of the founders, and his instrumental background lead him to make his latest work a jam-centred dance floor oddity, where improvisation is key to defining the concept of the album. The project is made up of 4 extended songs, with tracks from 8 to 13 minutes long.

Basically, it’s music to make you dance, but at its core is an attempt to work with structural elements from jazz, moving through different ambient instances during each one of the takes, all of which were recorded live with little additional editing. The entire release gives you a glimpse of what it would be like to listen to Nabucodonosor, his stage name, performing his live set in a basement party, playing with his synthesisers and drum programs as if he was in his bedroom just chilling and enjoying the vibe.

A fresh house music vision that saw no better home than Santiago-based Diamante Records for its release. The labels have seized on the opportunity brought by the new release to have a deep conversation with Romero, documented in a video right here, so get your Spanish on and listen to what he has to share.

Soul Out is out now on Itunes