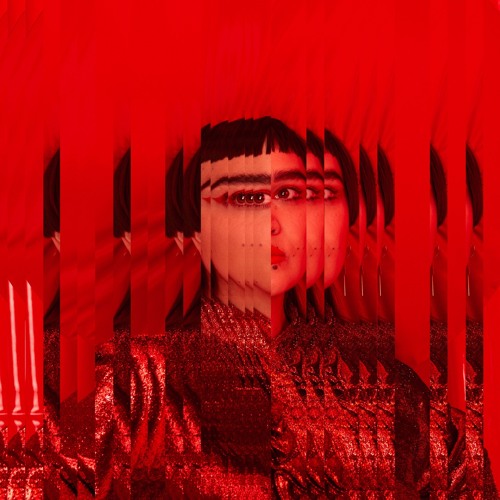 Andrea Paz has featured in S&C a number of times over the past few years, though principally as one of the founders of the Club Sauna underground club night in Santiago. Following on from her DJ work, including appearances at Dekmantel and Boiler Room Chile, she now makes her debut as a solo artist with Cruz Dimensional.

Precise beats, disjointed counter-melodies and a clear ear for maintaining a dance floor rhythm are at the core of the album’s six tracks. The pulse begins at a strong pace on album openers “Bali” and “Puerta”, yet time is taken to unveil flourishes, the human-electronic squawks of the opener giving it flow, the heady rush of “Puerta”‘s breakdown offering moments of retained excitement followed by release. It’s stellar club music, that bears close listening. And things get darker and more unexpected as the album progresses, the imposing synth siren and relentless beat of “Verticales”‘ post-industrial techno offers real menace, while closing track “Petroglifos” goes even further off-beat, excavating rhythms through glitches and pitch shifts, tempos being frayed. It does not make for all-together comfortable listening and perhaps that’s why it’s so easy to get back to it for another listen.

Cruz Dimensional is released by Discos Pato Carlos. Listen to the album below on Soundcloud: