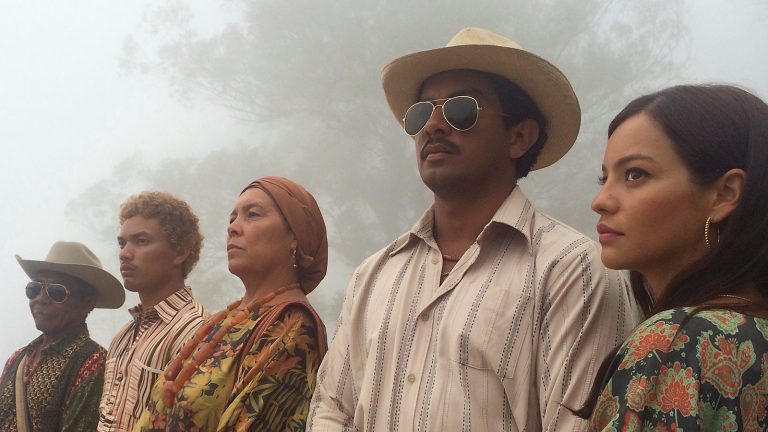 Birds of Passage in UK Cinemas from 17th May

Following on from the critically-acclaimed Embrace of the Serpent, Ciro Guerra and Cristina Gallego once again delve into the oral history of Colombia while throwing up new perspectives. Directed by Gallego and Guerra (NB: Guerra directed Embrace of the Serpent, Gallego was the Producer and Executive Producer), Birds of Passage tells the story of the burgeoning drugs trade in Colombia in the 1970s, but does so through the lives of an indigenous family caught up in its activities.

“We had a feeling that narcotics trafficking was a taboo for our society because people related Colombia to drugs. All history on it was told from an outsider point of view and from the point of view from Americans. We wanted to tell a story from our point of view as a society”, says Guerra and Gallego of the film.

Birds of Passage inverts the idea of gangster and narco films, pairing these cinematic forms with a style of film-making closer to ethnography, utilising careful research (as was the case here, with extensive research being made into the actual role that the drug trade had on the lives of many indigenous communities) to create a new way of story-telling that doesn’t use the tropes that have become de rigeur for so many film-makers. Here, they search for another truth.

The film opened the Directors’ Fortnight at Cannes Film Festival in 2018 and was amongst the final nine shortlisted films in the Best Foreign Language Film category for the 2019 Academy Awards.

Birds of Passage will be in UK cinemas from 17th May.